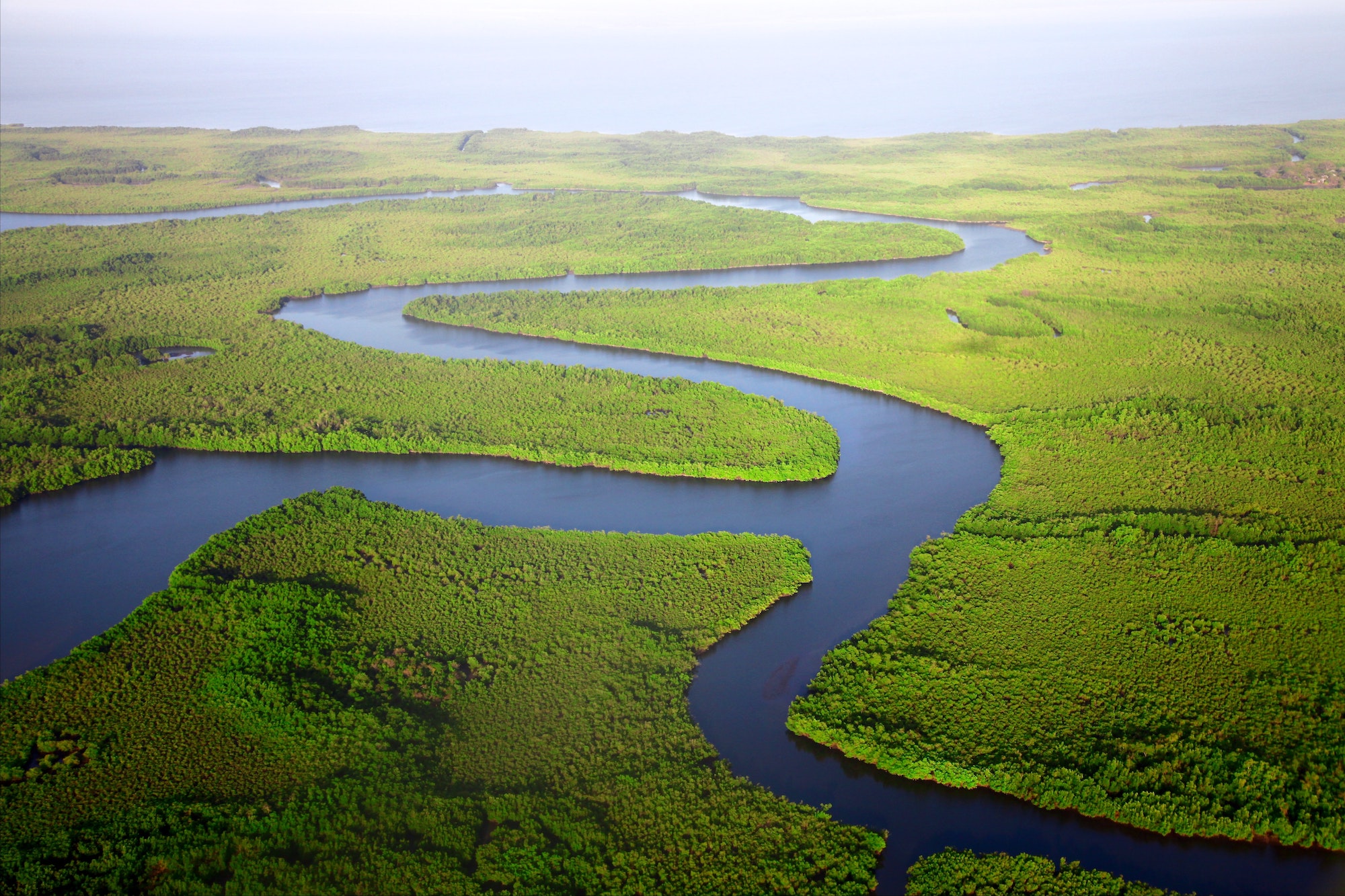 As businesses have become more globalised over the past few decades, the role of in-house lawyers has shifted to a more global role as well. Now, the scope of companies with dedicated legal departments often extend past both regional and national borders. In parallel, companies are faced with more regulatory and ethical challenges than ever before. This shift has also expanded the role that in-house lawyers have to fulfil. Elements such as contracts and corporate law, skills which constitute the foundation of an in-house lawyer, have become more standardised and thus in certain respects, supplanted in the everyday work that corporate lawyers have to fulfil.

A convincing argument would attest that the rise of compliance and ethical issues in companies has been one of the driving factors for the shift in the role of in-house lawyers. In the pan-European study Legal Departments in a Digital Era, compliance and risk management aspects were considered highly important by 72% of respondents and at least of medium importance by nine out of ten legal departments altogether. Similarly, both compliance and data privacy legal technology solutions saw relatively high implementation rates, with four out of five legal departments already have or are either currently implementing or planning to implement such solutions in-house.

This is certainly a global trend, not restricted to any regions or industries, as illustrated by The Latin American GC: Rising to the challenge, a report conducted by CMS to illustrate the latest trends amongst Latin American legal departments. Similar to the European numbers, 92% of Latin American general counsel consider ethics and compliance as either very important or essential to their work. No other area was considered remotely as essential as ethics and compliance were.

In addition to businesses becoming more global and thus requiring more understanding of regional and international regulatory requirements, there are other aspects as well that have spearheaded compliance into the spotlight. Various data privacy legislation, such as the GDPR in Europe, intensified anti-corruption investigations across the World and the fallout from the Great Recession have all contributed to the increased importance of compliance matters for businesses. Increased activism against various causes, most importantly combating environmental disasters and climate change, has also increased the importance of the discussion of ethics within business decisions.

Latin American legal departments certainly exemplify it. A considerable proportion of general counsel have assumed additional responsibilities since starting in their roles, with many of the new responsibilities pertaining to compliance and ethics matters. As these aspects have quickly gained importance within the company, coupled with a larger assumed role for general counsel and legal departments alike, one could say that the role of general counsel has matured. Gone are the norms of arbitrarily sending legal matters to external counsel and waiting for the business to ask for legal advice.

There are a number of factors that have been the driving force in shaping general counsel into the role it is today. The shift in priorities, with the increasing notion of ethical and regulatory challenges, is certainly a big factor. Cost is another one. However, a key factor that has set the course for how general counsel should function within a company concerns narrowing the gap between businesses and legal operations.

In a survey illustrated in Legal Departments in a Digital Era, collaboration between legal and business was considered to be highly important by 92% of European respondents, with no in-house lawyers considering it irrelevant. It demonstrates how legal teams are expected to understand the business operations and are required to take a more proactive role in the decisions made. Parallel to cost, which is a purely financial concern, having lawyers in-house who understand the business and who can give a legal perspective to business decisions taken, greatly increases the long-term efficiency of companies.

It is clear that the majority of general counsel have a larger platform to speak on, in comparison to a few decades ago. However, this platform needs to be utilised in order for general counsel of today to be effective. This requires influence skills in part from in-house lawyers. The evolution of many businesses into global operations, coupled with the increased regulatory and ethical challenges that many industries are faced with, has certainly provided a fertile ground for general counsel to be more influential. Nevertheless, it comes down to the in-house lawyers themselves to increase their skills as influencers to capitalise on being able to prioritise legal matters in a company.

In general, 87% of general counsel in Latin America consider to be at least strongly influential at the senior levels of their businesses. Over the last five years, 52% of general counsel have seen an increase in the influence they wield in their roles. These are reassuring numbers and demonstrate that businesses are not trying to curtail the role that general counsel are expected to have in a company today.

For legal operatives to act as influencers in a business setting would require them to comprehend business operations more intimately than it initially would be expected from legal teams. The way that a general counsel is able to command influence requires them to understand the business context, including strategic and financial aspects, understand how the established legal framework applies to it, including all regulatory and ethical and political hurdles, deduce an appropriate course of action and then communicate it effectively to senior management. Even if one of the aforementioned elements is lacking, the legal business advice that general counsel can give to the C-suite will not be complete. On top of the knowledge and understanding one must have, in order to be influential, communication is key for general counsel to be influential.

Fortunately, being influential is seen as a skill, rather than a character trait. 92% of Latin American general counsel consider the ability to influence to be teachable. Furthermore, 85% of general counsel feel that they would be better in their roles if they further developed their skills as influencers. This entails that more influential general counsel are able to influence the course of their businesses more, regardless of the legal challenges they are faced with. The positive aspect is that as legal departments acknowledge the need for training influencing skills amongst its in-house lawyers, two out of three Latin American legal departments already provide for coaching and mentoring sessions to their legal teams.

The shift to a more global outlook, coupled with the increasing variety of challenges that legal teams are faced with in their day-to-day work, has definitely shifted corporate lawyers to take more proactive roles in their organisations, which is a considerable shift from the status quo of the past, whereby in-house lawyers were seen more as responding to standard business queries and acting as an intermediary between the external counsel and the C-suite.

This view is also mirrored by one of the authors of the Latin American GC: Rising to the challenge study, Luis Felipe Arze. When asked if legal departments gain a stronger voice by moving to a more proactive role from its traditionally reactive one or would legal interests be too mixed with other business interests, his viewpoint was the following:

I think the report clearly shows that moving to a more proactive role will give you a stronger voice in the organisation. And I personally agree with that conclusion. The only way to move up the value pyramid and make a greater contribution to the company is to get away from daily tasks and focus on actions with greater added value for the organisation.

The mission of the general counsel should be to create strategies and ways to navigate through the routes defined by the CEO. Therefore, their role must be at their side to permanently contribute to this journey. General counsel and legal departments would definitely have a stronger voice within the organisation by positioning themselves closer to the C-Suite and not just doing the day-to-day work.

This can of course become very difficult when you are overloaded with work and time is a scarce resource. Nevertheless, general counsel should not only aim to influence management, but also determine the direction, values and culture of the company together with, or as part of management.

There is a section in The Latin American GC: Rising to the challenge report that I really like because it reflects this notion perfectly; when we talk about influence, it says “If the company is a ship and the CEO is its captain, deciding its destination, then the general counsel should aspire to be the navigator, familiar with the shoals and tides, and the capabilities of the ship and its crew, and able to plot a course that reﬂects the risks and rewards ahead.”

Similarly, I definitely believe that proactivity versus reactivity will place you higher and give you a bigger role in the organisation. The general counsel is someone who must shape the culture and contribute to the design of the strategy, not just sitting around waiting for people to come to their offices to get approval for a specific task or job. They must be seen as active players in the company’s matrix and a strategic thinker.

Another notion that has seeped into the realm of lawyers in the past decade concerns innovation. Lawyers are humorously known for their lack of innovation. However, with the technological revolution and the introduction of new business practices by certain industries, other businesses have also set sail in finding out the optimal efficiency formulas for their business practices, including legal departments. Legal technology, still in its early stages, has soared in usage since the turn of the century. There are certainly lawyers now who cannot imagine working without certain legal technology or workflow solutions.

However, as noted, lawyers in general are not known for being the innovative type. When asked whether they consider their purchase and management of external legal services as forward-thinking, half of Latin American respondents saw marginal innovation within, with another one out of three general counsel considering their processes as not innovative. Given the broad scope that innovation upholds, if is impossible to quantify it. Nevertheless, it is a notion that people can feel. The third of Latin American general counsel feel that their approach is not innovative nor forward-thinking.

This is a very difficult question, as it is like the endless discussion of “which came first, the chicken or the egg?”. In my opinion, there is a misunderstanding that innovation is only about technology, but it is not. In some cases, innovation may consist of refining processes, becoming more efficient, or simply generating new ideas about how something is done. That is, looking for manners to do your job better and more efficiently.

As we say, innovation is about curiosity and improvement. It is a way of thinking and acting: a philosophy that, when integrated into a team, can bring benefits far beyond any project or system to which it can be applied.

People and organisations often resist innovation. Therefore, planning the introduction of an innovation and managing change to ensure that people adapt to it requires leadership and seniority. Furthermore, achieving important changes will allow them to achieve visibility and have a voice.

Innovation in doing something new or doing something different, in a way that results in profit for an organisation and profit may not always be tangible. Since innovation may not have a direct impact on the bottom line, you will need to have influence to be able to drag people to change, but at the same time, change could result in better compliance or risk management.

So I think chicken and egg come together here, not one before the other.

More information on The Latin American GC: Rising to the Challenge, can be found here.