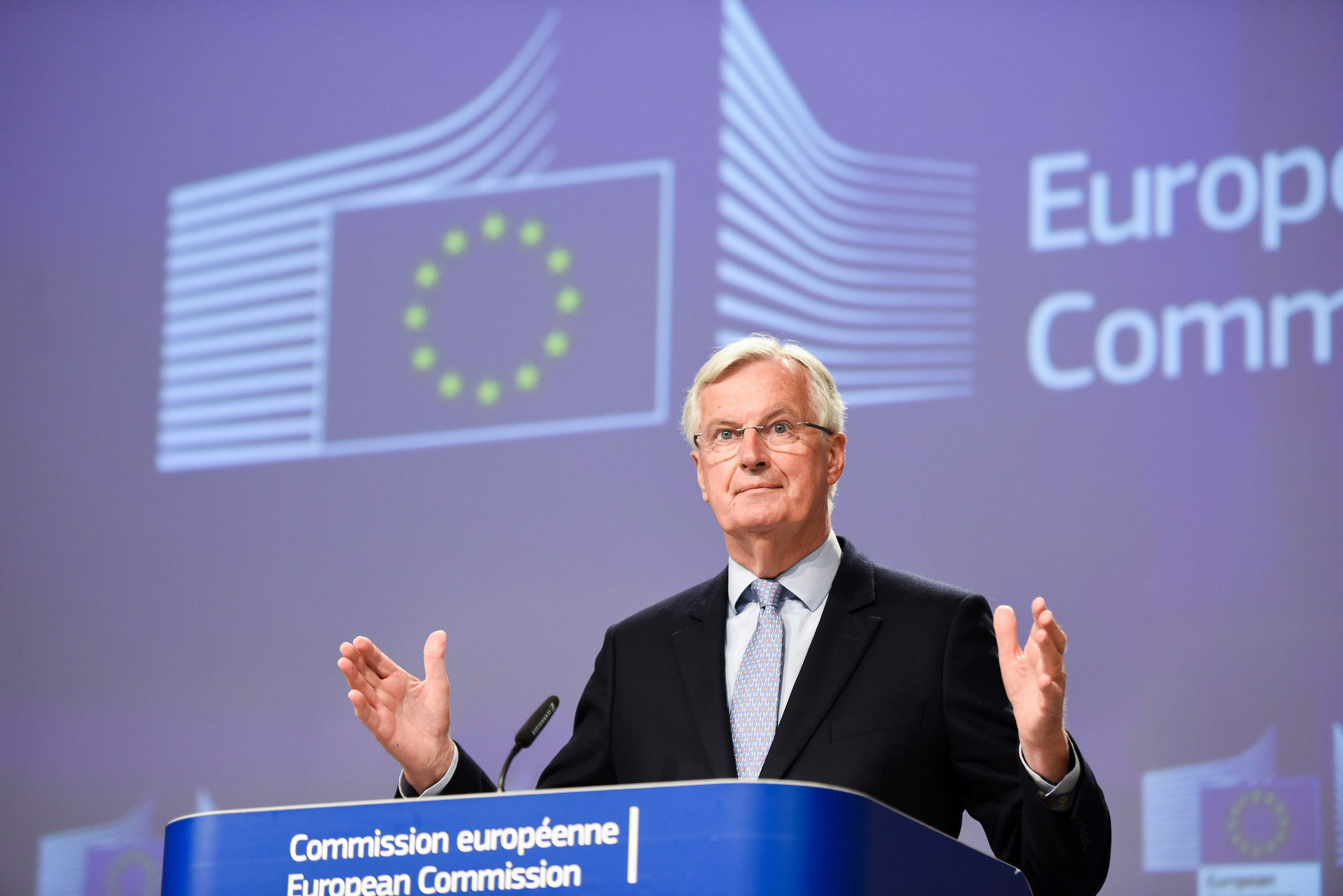 Yesterday, the European Union’s chief Brexit negotiator Michel Barnier held a speech in front of the European Economic and Social Committee, highlighting the challenges that negotiating Brexit in the midst of a worldwide pandemic has brought. With the UK officially leaving the European Union on 31 January 2020, the current transitory period is designed for the parties to negotiate how exactly future relationships between the Member States of the Union and the UK will continue. This transitory period is set to end on 31 December 2020, though it is subject to a further extension, if both parties deem it necessary.

Barnier touched a number of facets during yesterday’s speech. He noted that the goal of the EU is to foster a close and complete partnership with the United Kingdom, highlighting the increasing necessity of it, given the current geopolitical and economic circumstances. Nevertheless, it should also be stressed that with the United Kingdom leaving the European Union, the blocs also become direct competitors with each other. It is one of the key reasons why the agreement between the sides must be seen to provide a fair and equitable solution.

Given the proximity of the United Kingdom to other Member States, the agreement between the Union and the UK will certainly be much more comprehensive and open than other recent agreements that the Union has negotiated, such as Canada, South Korea, or Japan. Nevertheless, Barnier highlights four areas in which the British negotiators have refused to seriously engage discussions in: establishing a level playing field to avoid commercial competition issues; fisheries; judicial co-operation in criminal matters; and the governance of future relationships between the blocs. Barnier also brought out other areas, where the EU feels that the UK is not making a dedicated commitment to address concerns, such as foreign policy and money laundering concerns.

The ongoing COVID-19 pandemic has definitely provided additional challenges to an already unprecedented scenario. Given that the deadline for reaching an agreement is on 31 October, with the final agreement not nearly at a conclusive point, the EU does emphasise a possibility to extend the transition period by up to two years. However, the UK has been staunchly opposed to it. Furthermore, the decision to extend needs to happen jointly before 30 June, leaving both sides less than three weeks to reach such a conclusion, if the UK were to change its position.

However, it is worrying that Barnier stresses that the bottlenecks in the negotiations are directly related to the substance, rather than timetable or other factors, and the fact that the United Kingdom has repeatedly gone back on its commitments laid out in the Revised Political Declaration.

For example, regarding future trade relationships, the EU is already offering an unprecedented relationship between the two blocs, scrapping tariffs and quotas not only from goods, but also from services, investment, intellectual property, public procurement, energy, transport, fisheries, and other areas. However, up to now, the UK is not willing to enact a regime that would ensure that British producers and service providers do not enjoy an unfair position over its continental counterparts. The current position of Downing Street is to ensure the Union of its willingness to combat unfair competition and promise to enact proper standards in the future, even promising standards higher than what the EU upholds. Regardless, the UK has so far refused to commit to the Political Declaration to do exactly just that. This, in Barnier’s view, will lead to unfair competition for European businesses, harm workers on both sides, weaken consumer protection, and act as a hindrance in tackling global challenges, such as climate change.

Barnier also highlights that the UK, during its membership in the EU, has built strong positions in the EU market in many strategic areas, from financial, business and legal services to acting as a point of entry to the Single Market. Barnier makes it clear that the UK aims to keep these positions even after exiting the Single Market, which essentially entails keeping certain benefits that a Union membership bestows, without certain commitments that the UK wishes to divest from. The EU is resolutely opposed to this cherry-picking, given the voluntarily exit of the UK from the Union and the fact that such an approach is not in the political nor economic interest of the EU. 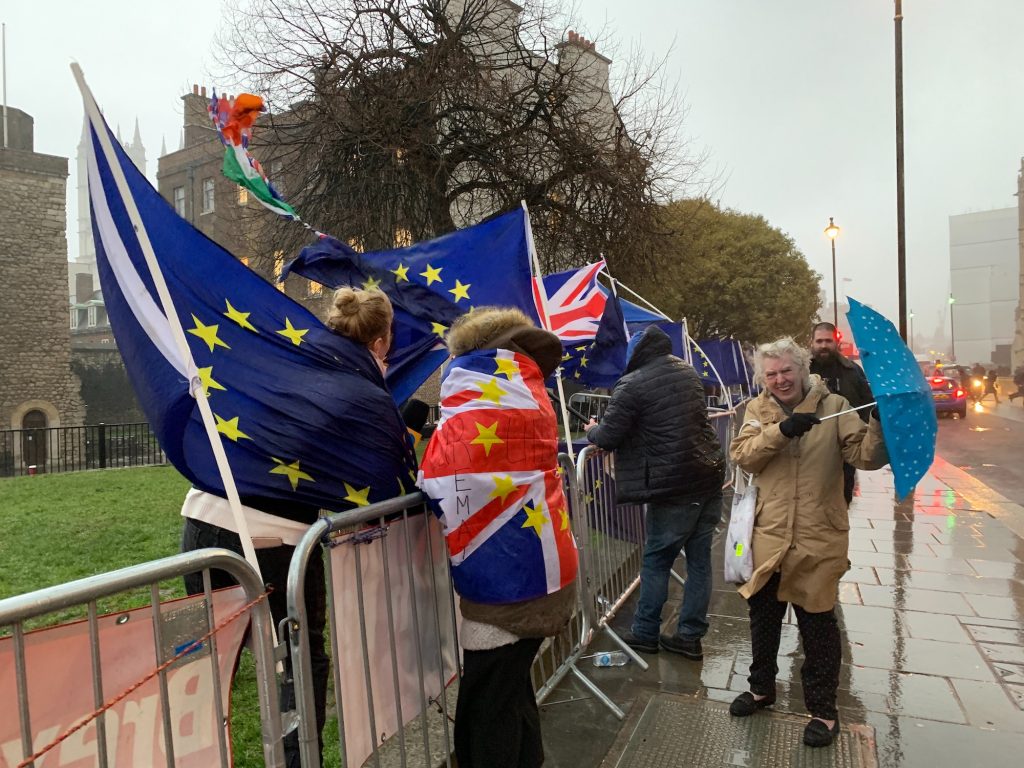 Barnier stresses that the decision to leave the Union was unilateral and will entail negative consequences. Trade between the UK and Member States cannot continue on the same level and quality it has enjoyed up to now. The decision to leave the EU will have immediate consequences, starting from 1 January 2021, regardless of the agreement reached. There are a number of elements, that entail that no free trade agreement of any kind can bring the relationship to the level that it is between members of the Single Market.

This aligns with the final point of Barnier that any agreement between the blocs must reflect the long-term economic and political interests of the EU. He also refutes the viewpoint that the EU is acting as an unreasonable negotiator, a position frequently repeated in British media cycles and public debates. Not only should the EU have sovereign power in defining the conditions upon which one can access the Common Market, but that Brexit will undoubtedly have negative consequences for the UK. Thus, the EU’s position is to still adhere to the mandate it set out in 2017.

As both sides seem to be set in the trenches with their positions and expectations from the negotiations, it would be surprising if either side will budge in the upcoming weeks or months. However, already a month ago, EU Trade Commissioner Phil Hogan warned that the UK is mulling to walk away from trade walks and shift the blame on the ongoing COVID-19 pandemic.  This could have large implications not only with regards to the substance of the exit agreement, but also the political fallout that will follow it, further straining relationships between the two sides for years to come.

Certain Member States, such as Ireland and Belgium, have already voiced their concerns through diplomatic channels, that a no-deal departure aligned with the economic fallout from the COVID-19 pandemic would be the perfect storm that will severely affect the Member States’ economies.

This position is held by the outgoing head of the Confederation of British Industry, who stated that British companies do not have the means to cope with a no-deal Brexit just after suffering the economic fallout from the COVID-19 pandemic. She stated that British businesses have already drained of their reserves, highlighting that companies in the UK do not have either a comprehensive plan or the means to combat the consequences of a no-deal Brexit.