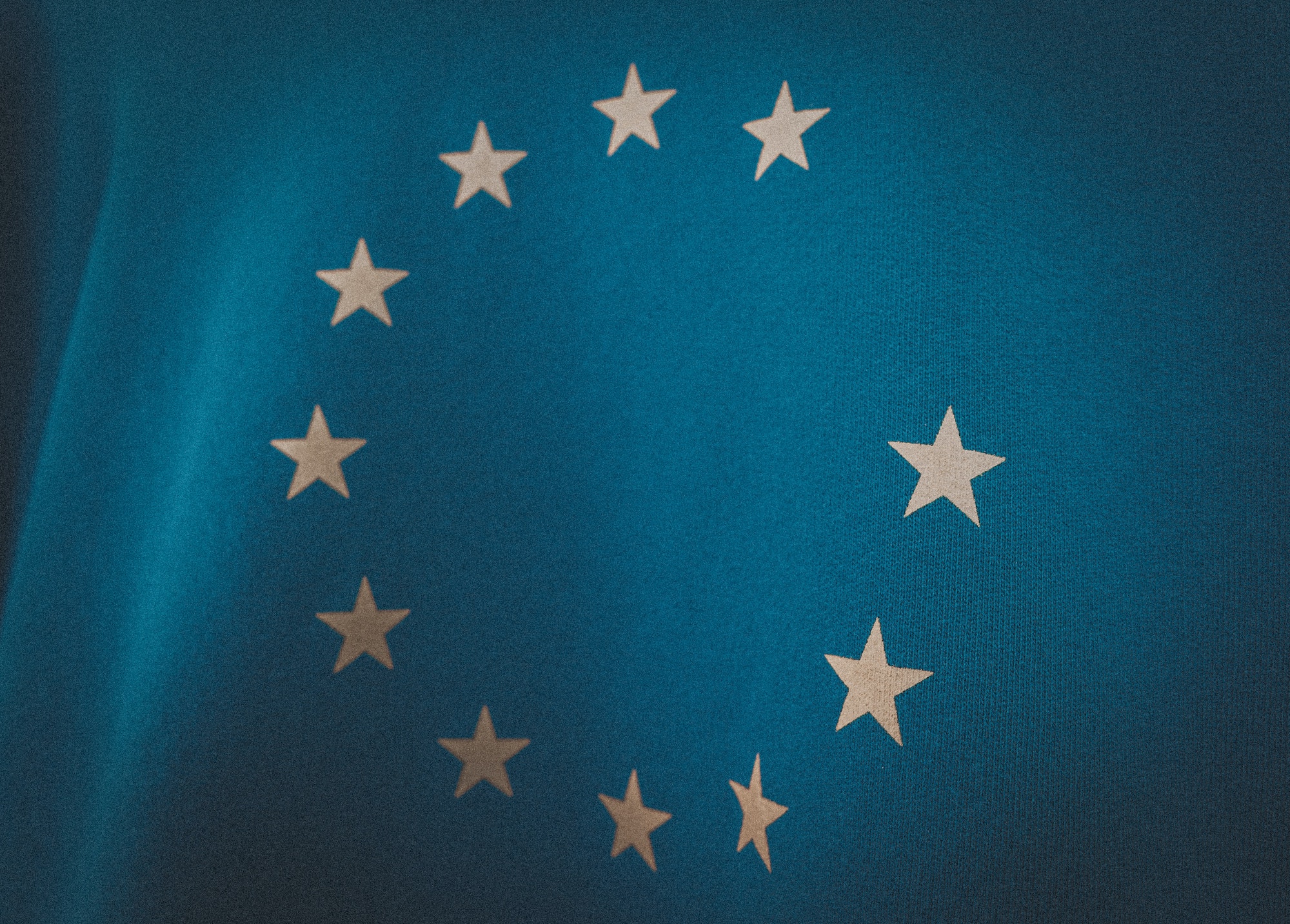 The commercial, cultural and social ties between the EU and UK are here to stay, and the continuation of a deep and meaningful relationship is in the interest of both. The EU recognises with respect to various issues that the “geographic proximity and economic interdependence and connectedness of the Union and the United Kingdom “[1] means that there will be a bespoke trade agreement going further than other trade agreements. The negotiations are on-going for making arrangements for close cooperation in matters not usually included in a Free Trade Agreement, like criminal law and security.

In the view of the UK Law Societies, the question of enforcement of judgments in civil and commercial matters must also be a key part of the future relationship: agreed rules on jurisdiction and recognition and enforcement of judgments in civil commercial matters ensure that those involved in cross-border trade and transactions are protected and have access to justice regardless of their financial resources.

As explained in this paper, these rules benefit individuals, families,[2] consumers and SMEs most, and the effects of not having access to efficient mechanisms on enforcement of judgments is felt on both sides of the arising EU – UK border.

Coming to an agreement in this area ensures clarity over which court should be used by individuals seeking redress and provides reassurance for all involved that the ruling has wider effect and not just in their own country.  Without such an agreement the enforcement of foreign judgments is a matter of national law. This raises procedural obstacles for the parties and significantly inflates the costs of litigation. This can prevent access to justice, for individuals such as consumers or families, or SMEs, who are not able to carry the costs of this more complex litigation.

These procedural obstacles apply both to UK and EU parties equally: if there is no commonly agreed framework on the enforcement of judgments, it is felt in both sides of the border as recovery of assets or courts awards becomes more complicated and costly for the parties involved.

For individuals and weaker parties there is the additional daunting hurdle that comes from having to launch legal proceedings in a foreign forum, rather than your local court. This is explained further here below.

Finally, when there is disruption and confusion, litigation is likely to rise. The current COVID-19 pandemic poses another additional disruption for businesses and this disruption is likely to cause further litigation. Combining the effect of the COVID19 and Brexit disruptions, with confusion and a return to more archaic jurisdiction and enforcement rules may also cause problems not only to individuals, families and businesses, but to the court systems themselves. This is why it is also in the direct interests of the states to reach an agreement in this area.

The solution to hand: Lugano Convention

The Lugano Convention, like Brussels I Regulation for the EU countries, provides for the recognition and enforcement of a wide range of civil and commercial judgments between the EU and EFTA states.[3] It is an international agreement and other states may join subject to approval of the present parties to the agreement.

On 8 April 2020, the UK government asked that it would be able to ratify the Lugano Convention and continue its participation after the end of the transitional period following its withdrawal from the EU. The request followed an invitation from Norway and Switzerland to start negotiations on the Convention, demonstrating again its wider European reach.

The EU and UK could alternatively agree to proceed on basis of the 2019 Hague Judgments’ Convention. This Convention does provide a possible platform for enforcement of judgments, which will have a global reach.

The Lugano Convention has though been in operation since 1992, which means that the practitioners are aware on how it operates.

The Lugano Convention also crucially has a wider reach than the 2019 Hague Judgments Convention. It applies to all civil and commercial judgments and as to maintenance obligations. Furthermore, it includes also jurisdiction rules, which protect the weaker parties, such as consumers, insured or employees.

And, time is of essence here. It is not certain that the 2019 Hague Convention can be ratified in time. This has a consequence in that if at the end of the transition period the UK and EU do not have a solution, the rules on enforcement of judgments could be changing three times: from the EU Brussels I system to national law and once the participation of the UK to the Lugano Convention, 2019 Hague Convention, is agreed, from national law to those rules. And, for the next few years there would be cases on-going in judicial systems which would need to be worked under various different rules, depending on when the cases have arisen.

This makes the Lugano Convention the obvious model for continued cooperation in enforcement of judgments: it is a stand-alone Convention, which does not give access to a wider range of EU instruments on private international law nor it is linked with the EEA or Swiss arrangements with the EU. Furthermore, as it is already in operation between the EU and the EFTA, it provides an existing and known solution on how to enforce judgments.

In the European interconnected markets European citizens and consumers are able to engage in cross-border purchasing activities, in particular through e-commerce.

Most recently, the Covid-19 crisis has emphasized how e-commerce can help consumers, and in particular those who for any reason are not able to use retailers’ premises, to maintain the capacity to make purchases, be the item food, clothes, electronics, household goods, services.

The UK had third largest e-commerce market in the world in 2016[4]. By 2021, roughly 93 percent of UK internet users are expected to do online shopping, the highest online shopping penetration rate in Europe[5].

The high development of on-line consumers markets in UK means also that many European consumers make, or will make, their purchases from UK businesses, also helped by the common use of English.[6]

The continued application of the European wide system of allocating jurisdiction secured through the Lugano Convention would allow EU consumers to continue to challenge UK suppliers, not in UK courts, but in their own. The Convention adopts common rules on protecting consumers in that they must be sued in their own country. This means that the consumers are able to rely on their own courts, their own lawyers and ensure their rights in their own language.

Furthermore, consumers are protected with the knowledge that any judgment will be automatically enforced.

Protection of consumers is one of the cornerstones of European policy:  for consumers to have to go through the expense and complications of going to courts in another country to obtain redress decidedly weakens their protection.  Lugano is the means by which to continue this protection of EU consumers despite Brexit.

A clear example is the case of car insurance: in the European system if one has an accident while travelling it is possible to sue the other driver’s insurers in home courts and enforce the judgments across European area. The automaticity protects these groups as they would not have money to enforce the companies operating in other jurisdictions to comply.

For businesses the Lugano Convention provides for a wide variety of rules as to where they should pursue their rights and seek redress: this may be the court of the person at fault, or where the contract has been agreed. To avoid complications, most businesses make a risk assessment of dispute settlement options available and choose to opt for a choice of court agreement.

A choice of court agreement means that the parties choose which court has the right to hear their dispute.

The mechanisms developed in Europe, such as the Lugano Convention, provide certainty for businesses that their choice is respected. The Convention provides the rules on how the national court is to assess that the agreement is valid and how other courts must respect this choice. Also, any ensuing judgment will be enforceable in all European courts.

This also saves businesses costs as they can reach out throughout the European area to enforce the judgments.

This is where a failure to agree on Lugano has further impact for businesses. Those businesses who have reached a choice of court agreement under the European rules face uncertainty as to whether their agreement will be valid.[7]

This then leads to direct costs to businesses with a choice of court agreement as they would need to rewrite the agreements, to ensure that they fall under the Hague rules,[8] or the businesses will need to take into account the national laws of the countries in question.

Additionally, while it can be argued that cross-border business transactions happen every day all over the world, and they are not deterred by the lack of common rules on recognition and enforcement of judgments, this is in practice a big advantage for big businesses, which can spend money on solving cross-border disputes and have alternative recourses  to solve their disputes, such as arbitration, where enforcement of arbitral awards[9] is not affected by the UK leaving the EU.

Such alternative channels are not available for small and medium-sized enterprises (SMEs), which are often described as the backbone of Europe’s economy, given they represent 99% of all businesses in the EU. In the past five years, they have created around 85% of new jobs and provided two-thirds of the total private sector employment in the EU.[10]

For these small, medium and micro enterprises the Europe-wide system of recognition and enforcement of judgments is a safety-net of fundamental importance: it allows for legal certainty and the confidence that any dispute will be solved in courts of law and enforced with a minimum of bureaucracy and expense.

[1] Draft text of the Agreement on the New Partnership between the European Union and the United Kingdom, Title III, 1.4

[3] Norway, Switzerland and Iceland. Liechtenstein is the only EFTA state that has never ratified the Lugano Convention.

[6]  217 million European consumers make online purchases from abroad; after China, the UK is the most popular country where to purchase when buying from abroad, with the USA the third.

[7] Article 67 Withdrawal Agreement applies only where the litigation has already started.

[9] The recognition and enforcement of arbitral awards is governed by the 1958 New York Convention.