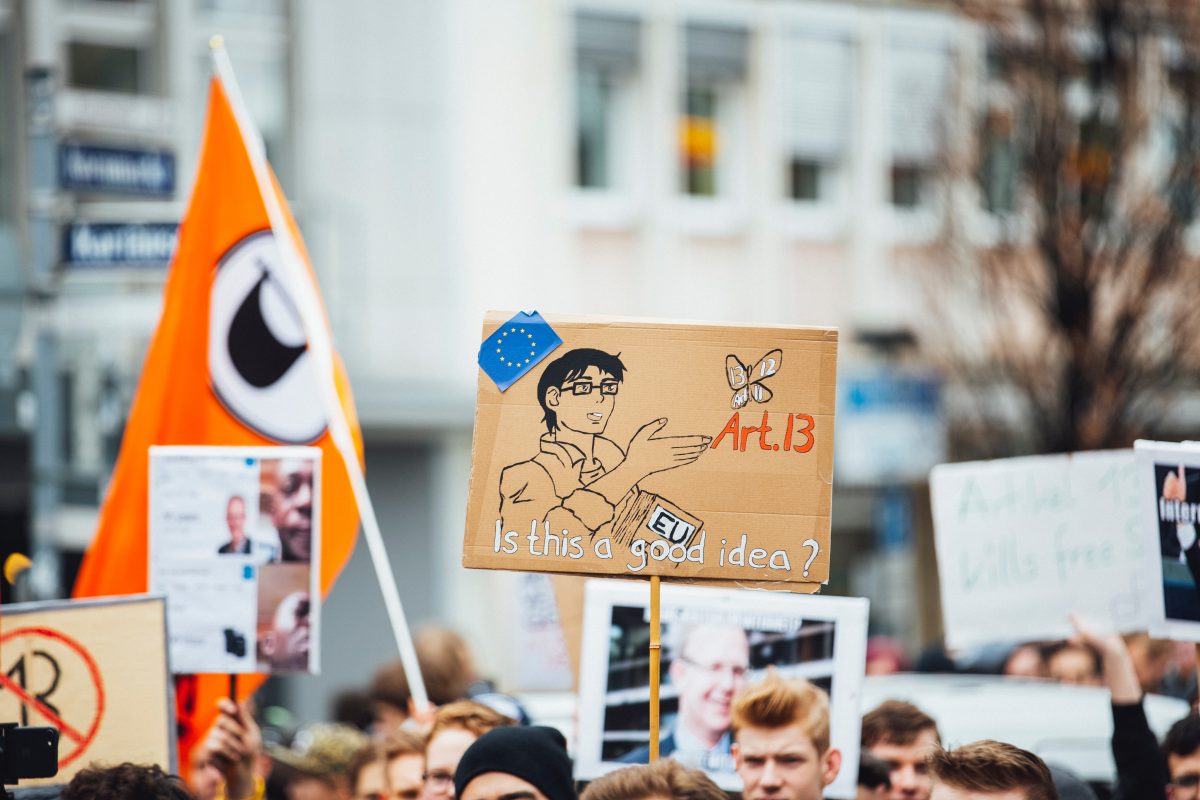 After months of political wrangling and enormous lobbying efforts, the new EU Copyright Directive was adopted by the European Parliament. In-House Legal takes a look at the main provisions.

After months of political wrangling and enormous lobbying efforts, one of the European Union’s most controversial legislative projects has reached the finishing line. The Copyright Directive was adopted this week by the European Parliament. Lawmakers narrowly voted to reject all proposed amendments en bloc and then voted in favour of the proposed text by a clear majority.

The aim of the new European framework law is to bring copyright rules up to date with the internet age. Until now, the EU’s copyright framework does not address the problems in relation to the distribution of value.

According to the European Commission, the directive aims “to create a comprehensive framework where copyrighted material, copyright holders, publishers, providers and users can all benefit from clearer rules, adapted to the digital era.”

The main aspects of the directive are:

Above all, the law aims to reinforce the position of creators and rights-holders to negotiate and be remunerated for the use of their content on big internet platforms such as YouTube. The larger platforms covered by the new rules are considered to be carrying out acts covered by copyright for which they need to obtain an authorisation from the right holders concerned.

In situations where there are no licensing agreements concluded with rights-holders, platforms will need to take certain actions if they want to avoid liability, including efforts to obtain an authorisation, ensure the unavailability of unauthorised content where rights-holders have provided the necessary information, and act expeditiously to remove any unauthorised content following a notice received.

New and smaller platforms will benefit from a lighter regime in case no authorisation is granted by copyright holders. This concerns online service providers which have been operating in the EU for less than three year, which have a turnover of less than €10 million and less than 5 million monthly users.

The final version of directive, which is likely to be rubber-stamped by the EU governments soon, contains five measures aimed at strengthening the position of authors and performers:

The new press publishers’ right will apply to online uses of press publications by internet service providers, such as news aggregators or media monitoring services. According to the clause’s proponents, it strengthens the bargaining position of press publishers vis-à-vis online platforms. The new law also provides that journalists must receive an appropriate share of the revenues generated.

Critics dubbed this clause (Article 11) the “link tax” and said it had already failed in several EU countries, notably in Germany and Spain, to deliver the desired results.

Individual words and very short extracts of press publications do not fall within the scope of the directive. This means that information society service providers will remain free to use such parts of a publication without requiring prior authorisation.

Individual internet users will continue to be able to share content on social media and link to websites and newspapers (acts of hyperlinking), just as it is the case today.

Moreover, hyperlinking and re-use of single words or very short extracts by online platforms and services will be excluded from the scope of the new right granted to press publishers of press publications. Memes and similar parody creations could also be used freely, and the new rules on the use of press publications will only apply to commercial services such as news aggregators, not users.

The opponents of the directive vented their anger at Article 13 (Article 17 in the directive’s final version) which they said would force internet platforms to use so-called upload filters, to stop illegal uploads of copyrighted content.

Although the directive itself does not impose or even mention such filters or any other specific technology to recognise illegal content, critics were not satisfied.

Julia Reda, a German MEP for the Pirate Party, alleged that the clause limited freedom of expression because upload monitoring software could not tell infringement apart from legal uses like parody. Filters also frequently malfunctioned and as a result, legal content would be taken down. Reda also said the new law would be harmful to independent creators, increase the risk of surveillance by introducing content monitoring technology that could end up being run by large US-based providers, and discourage investment in user-generated content start-ups.

However, the European Commission said that under the new rules, online platforms would be required to conclude licensing agreements with rights-holders for the use of copyright-protected content, and in the absence of licences, platforms would have to make their best efforts to ensure that content not authorised by the rights-holders was not available on their website. The “best effort” obligation did not prescribe any specific means or technology, like upload filters, emphasised the EU executive.

Exceptions or limitations to an exclusive right allow the beneficiary of the exception – an individual or an institution – to use protected content without the prior authorisation from rights-holders. Exceptions and limitations are in place facilitate the use of copyrighted content in certain circumstances and achieve specific public policy objectives such as education and research. The new Directive introduces four mandatory exceptions for:

This exception for TDM was introduced to simplify the copyright clearance burden for universities and research bodies. It will allow them to use automated technologies to analyse large sets of data for scientific purposes in all legal certainty, including when they engage in public-private partnerships. An additional exception will cover TDM going beyond the field of research.

Art works that are not protected by copyright anymore will in future automatically fall into the public domain. So far, some EU member states provide protection to copies of those works of art.

The new directive also stipulates that nobody can claim copyright protection on works in the field of the visual arts which have already fallen into the public domain.

The Directive introduces a new licensing mechanism for out-of-commerce works such as books that are still protected by copyright but cannot be found commercially anymore. The new rules also provide for a new mandatory exception to copyright in case there is no representative collective management organisation representing rights-holders, and therefore cultural heritage institutions do not have a counterpart to negotiate a licence with. This so-called “fall-back” exception allows cultural heritage institutions to make the out-of-commerce works available on non-commercial websites.

The new provision on collective licensing with an extended effect enables states to allow collective management organisations to conclude licences covering rights of non-members, under certain conditions. This mechanism facilitates the clearance of rights in areas where otherwise individual licensing may be too burdensome for users. The provision includes a number of safeguards that protect the interests of rights-holders.

Finally, the directive provides a new negotiation mechanism to support the availability, visibility and circulation of audio-visual works, in particular European ones. Its aim is to make the process of reaching agreements smoother and unblock difficulties related to the licensing of the necessary rights to make available films and series on Video-on-demand platforms.

The new EU-wide copyright rules will have to be transposed into national laws within 24 months of the directive’s publication in the Official Journal of the Union.