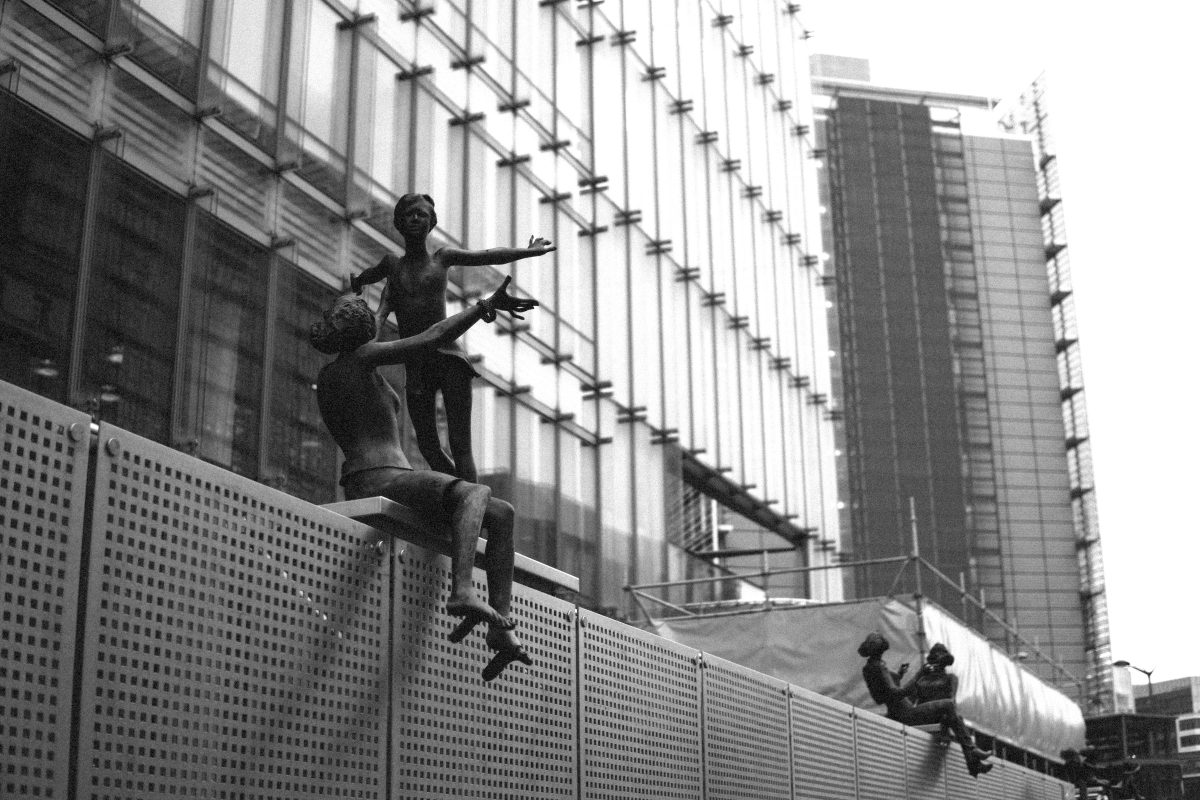 EU member states must implement the amended Posting of Workers Directive by 2020, the European Commission plans to establish a European Labour Authority, and now proposals recommend redefining the concept of the “worker” at European level. This has stirred some controversy.

Nearly 17 million people take advantage of the freedom of movement within the EU and live in a country other than their own, double the figure recorded ten years ago. And it was exactly this group of people that the Commission had in mind when devising its plan to set up a European Labour Authority by 2019.

Its responsibilities will include informing European expat workers posted abroad about their rights, coordinating cooperation between national authorities, and monitoring compliance with European labour law rules. {See separate article below}

The European Labour Authority is the EU’s second major excursion into the field of labour law. The first was the European Posting of Workers Directive, recently updated by the EU institutions. The number of people affected by this piece of legislation has also been on the rise. There are now 2.3 million people who have been posted to work in an EU country other than their own. Here, too, the Commission saw the need for regulation, the European Parliament jumped on the bandwagon, and the new rules were approved. However, the question remains: Are the EU’s ideas justified and are they practical, or do they overshoot the mark?

“Europe is now on a steady growth path, and employment figures are rising, but we must ensure that growth is more inclusive and benefits all,” said Marianne Thyssen, the EU’s commissioner in charge of Employment, Social Affairs, Skills and Labour Mobility, adding: “It will help citizens and businesses on the move find the right information and strengthen cooperation between the Member States to enforce fair and effective rules.”

Statements like this ring hollow for Christian Vetter, head of Labour and Social Law Germany at Dow Germany and a member of the Executive Committee of the German Federal Association of HR Managers. “The statements released offer no justification for establishing another European authority,” Vetter said.

For him, there are plenty of ways for employees to obtain information about working abroad. “And as far as intergovernmental cooperation is concerned, it is not the task of yet another European authority to promote it, but a matter to be dealt with by the European legislators and the Member States.” Vetter does, however, agree with the basic motivation underlying the Posting of Workers Directive: “Every measure taken against wage dumping and fraud should be welcomed.”

According to the current version of the directive, companies only have to pay their deployed workers the minimum wage applicable at the place of assignment. This means that employees’ wages within a company can vary considerably because local collective wage agreements may require higher wage standards in some place. One of the aims of the new Posting of Workers Directive was to harmonise these standards. In the future, posted employees must receive the same collectively agreed wages as their colleagues, meaning the principle ‘Same work, same wage’ will apply.

Despite regarding this as a step in the right direction, Vetter believes that the Posting of Workers Directive has missed the mark. “The directive will not be implemented the same way in all countries.” This will result in widely different interpretations of what a ‘posting’ actually is. France and Austria, for example, include business trips in their definition of ‘posting’, while the Netherlands and Germany do not.

The current Posting of Workers Directive established minimum conditions for posted workers. The burning question from the start has been: How can company compliance with the rules concerning the posting of workers be monitored?

Many countries have adopted a restrictive stance on this matter and require submission of documentation and receipts for each posting. The new Posting of Workers Directive does not address the impact this has on companies. The reality for companies is that each posting of workers to different countries is subject to different requirements.

In France, for example, notification must be submitted in French, while annexes may be provided in the posted worker’s national language. Romania requires reporting in Romanian only. The revised Posting of Workers Directive provides no relief for companies. “Registration and reporting requirements are a bureaucratic nightmare. Different rules apply in every country,” said Michaela Felisiak, employment law expert at the law firm Beiten Burkhardt.

If an employee wants to visit a trade fair in France, his or her company must register the visit with the competent French authority, submit wage documents and appoint a legal representative in France. Germany also has reporting requirements, but these are applicable only to certain sectors of industry, such as the construction industry, the meat sector and gastronomy.

The situation is made even more confusing by the fact that German social law also addresses secondments. It stipulates that the social security obligation for any posting under German law remains in effect for up to 24 months. The worker’s salary, on the other hand, is governed by the relevant laws of the host Member State because of the EU directive.

“Keeping an eye on all this requires insane effort, especially when the different deadlines under social law and labour law have to be taken into account,” opined Felisiak. When it comes to secondments, the striking differences between assignments abroad also had to be considered: “When people talk about working abroad, they often think of low-wage workers who work, for example, in slaughterhouses. But secondments today often involve highly qualified specialists.” Wage dumping is not a fear-factor for this group of posted employees.

In addition to concerns about the uniform interpretation of the directive and the varied transposition into national law, companies are now losing sleep over a new issue introduced by the reform of the Directive: Postings will now be limited to twelve months with the possibility of extending to 18 months. Once this period has lapsed, the law applicable to the employment contract will change. This means that the employment relationship of the posted worker will no longer be governed by the law of the country of origin, but by the law of the host Member State.

“There is no place for rules like this in global corporations,” said Christian Vetter. “An exception has to be made for assignments within a corporate group.” For employees of Dow Germany posted to another country, the stay abroad can last up to five years. The company is currently examining how to handle assignments like this in the future.

The revised EU Posting of Workers Directive and the new European Labour Authority are part of an EU strategy to implement what is called the European Pillar of Social Rights, which also includes an initiative aimed at improving social security for employees and self-employed persons. According to the Commission, 40 percent of people now working in the EU have atypical employment relationships, such as fixed-term contracts, or are self-employed. These workers are not always well protected, not entitled to unemployment insurance benefits, and often do not have access to pension benefits.

The EU’s objective is to close formal gaps in coverage, for example by allowing employees and self-employed persons in comparable situations to participate in appropriate social security schemes.

The Commission has put forward a proposal for a non-binding Council Recommendation. It suggests implementing new definitions for fundamental concepts of labour and social law. For example, the proposal defines the term “worker” in a much broader sense than some national laws.

“This attempt to define ‘worker’ at EU level makes it perfectly clear that the Commission is in fact interested in initiating the EU-wide harmonisation of labour law,” offered a statement released by the German Confederation of German Employers’ Associations (BDA). “In terms of content, the proposals indicate some considerable interference in the national economic and social systems.”

In both cases, in Vetter’s opinion, the EU went too far.

A “posted worker” is defined as an employee who is sent by his employer to carry out a service in another EU state on a temporary basis. This can be in the context of a contract of services, an intra-group posting or the hiring out via a temporary agency. Self-employed workers also fall under the scope of this definition.

Although only 0.7 percent of all workers in the EU are posted abroad, they are seen as critical for the provision of cross-border services and for the functioning of the EU’s Internal Market.

Posted workers have to be distinguished from mobile workers in that they remain in the host state only temporarily and do not integrate its labour market whereas EU citizens who go to live and work in another member state of the are entitled to the same treatment as nationals of that country when it comes to access to the labour market, working conditions, taxation and social security.

In the Posting of Workers Directive, EU law defines a set of mandatory rules regarding the terms and conditions of employment to be applied to posted workers, essentially to ensure a level-playing field and avoid “social dumping” whereby foreign service providers undercut local companies because of lower labour standards in their countries of origin.

These rules establish that posted workers enjoy a certain number of rights in the host state, including minimum rates of pay, maximum work periods and minimum rest periods, paid annual leave and health and safety standards at work.

The directive does not apply whenever the working conditions applicable to the worker in accordance with the rules of the sending EU state are more favourable than would result from the application of the directive.

After protracted negotiations between the EU institutions, a new Posting of Workers Directive was adopted in May 2018 and will have to be transposed into national legislation by 2020. The reformed law settles a certain number of problems. the maximum length of time employees can be posted in another EU state will in future be 12 months, which in some cases can be extended to 18 months.

There is a separate set of EU rules regarding the social security of posted workers (Regulation 883/2004). While posted to another EU country, an EU citizen does not need a work permit and there is no need to have one’s professional qualifications recognised by the host country. Regarding pension entitlements, the host country’s institutions will not be involved, and if a worker is posted for a period of less than six months, he or she does not become liable to pay income tax in the country of destination.

However, there are no EU-wide laws laying down which country can tax income during a posting. This may be set out in national laws or tax agreements between EU countries.

The European Commission announced in 2017 plans to set up a European Labour Authority in order to ensure that EU rules on workers’ mobility are properly enforced across all EU member states.

The new body’s aims were detailed as follows:

A formal proposal for the ELA was presented in March 2018 and is currently being discussed by the European Parliament and the Council of the EU. According to the Commission, the new body should be set up before the end of 2019 and fully staffed and operational by 2023. In December 2018, the Council of the European Union set out its position with respect to the new body and called for it to be called European Labour Agency, with its competencies limited to the support of EU member states in the implementation of existing relevant EU acts.

Under the Commission’s plans, the ELA will be a permanent structure, made up of approximately 140 staff members, some of them seconded from the EU member states, and will have an annual budget of approximately EUR 50 million. If approved, the ELA’s mission will be to provide national authorities with operational and technical support, develop day-to-day cooperation routines, carry out inspections and, if necessary, settle disputes.