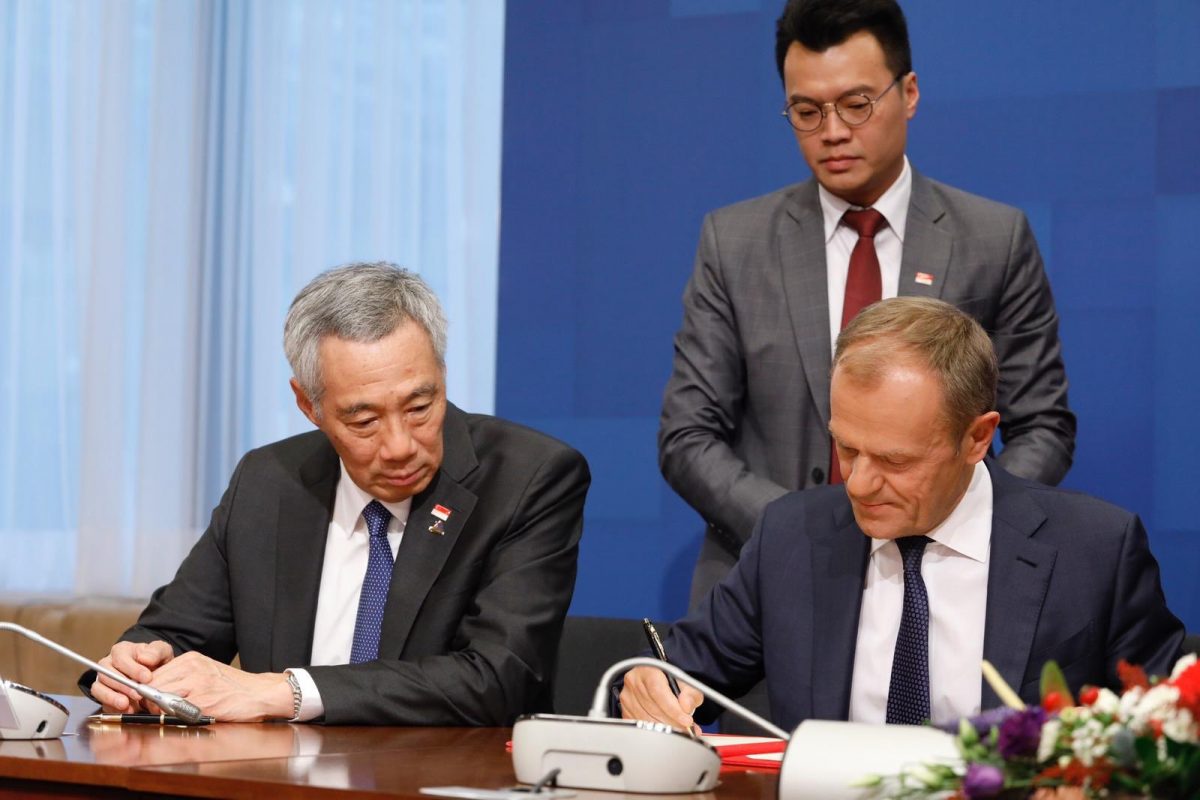 A free-trade agreement (FTA) between the EU and Singapore and an accompanying investment protection mechanism are to receive parliamentary approval soon.

The free-trade agreement (FTA) between the European Union and Singapore, which will remove virtually all tariff duties between the EU market and the Southeast Asian powerhouse in the next five years, passed an important hurdle in January. It was approved by the Trade Committee of the European Parliament and once adopted by the plenary of the EU assembly, is expected to enter into force later this year.

With a total trade volume in goods of €53.3 billion (2017) and in services of €44.4 billion (2016), Singapore is the EU’s largest economic partner in Southeast Asia. Over 10,000 European companies have their regional offices in Singapore.

Under the agreement, which was negotiated between 2010 and 2013 but held up due to disagreements between EU member states, trade is to be fully liberalised and a number of non-tariff barriers to trade are to be removed. For example, Singapore will recognise the EU safety tests for cars and electronic products, including household appliances and adapters. It will also accept EU labels and markings for clothing and textiles.

Singapore will protect around 190 EU Geographical Indications in the foods and drinks sectors, such as Sherry (Jerez), Comté cheese, Nürnberger Bratwurst or Aceto balsamico di Modena.

In the services sector, financial, postal, telecommunications, transport and information technology services are covered by the agreement, which also provides for the mutual recognition of the qualifications of architects, lawyers and engineers.

Being the first bilateral trade agreement between the EU and a member state of the ASEAN trade association, the FTA is considered as a stepping stone to future trade deals between the two sides.

The EP’s Trade Committee also agreed to an Investment Protection Agreement (IFA) which, once ratified by all EU member states, will replace the existing bilateral agreements between Singapore and 13 EU member states with a new approach to dispute settlement. The IPA’s aim is to provide guarantees to companies that their investments will be treated fairly and on an equal footing with national companies.

The IPA also includes an Investor-State dispute settlement (ISDS) mechanism, which gives investors a choice between bringing a dispute against a host state before the national court of the country where the investment has been made, or submitting it to international arbitration.

The question of competence

The European Commission and the EU member states disagreed as to who had the competence to ratify the agreement, and in 2015, the Commission asked the EU Court to give an opinion on who had competencies on this matter.

In May 2017, the court in Luxembourg ruled that although the EU had the exclusive competence over almost all aspects of the FTA, non-direct foreign (portfolio) investment and the ISDS mechanism was not within its sole competence since the ISDS provision allowed the removal of the disputes from the jurisdiction of the courts of an EU member state. Hence, EU agreements containing non-direct foreign investment and/or ISDS provisions have to be ratified by all EU member states individually.

While the ratification process for the IPA could take months or years, the free-trade agreement itself should enter into force later this year, once the European Parliament has approved the text. The plenary vote is scheduled to take place on 12 February.

Late last year, the European Parliament approved a landmark free-trade agreement with Japan. European Trade Commissioner Cecilia Malmström, who is the EU’s lead negotiator of trade deals, said: “With Japan and Singapore we are making a strong statement in defence of open and fair trade based on rules. These win-win agreements will also create major opportunities for European businesses and citizens.

“Singapore is already a gateway for Europe into South East Asia, and with our new agreements we aim for a strong boost to our trade with the region. Both Japan and Singapore are important partners for us in defending multilateralism and ensuring strong international organisations,” Malmström declared.

Music in the air: Was Spotify's IPO a trailblazer?