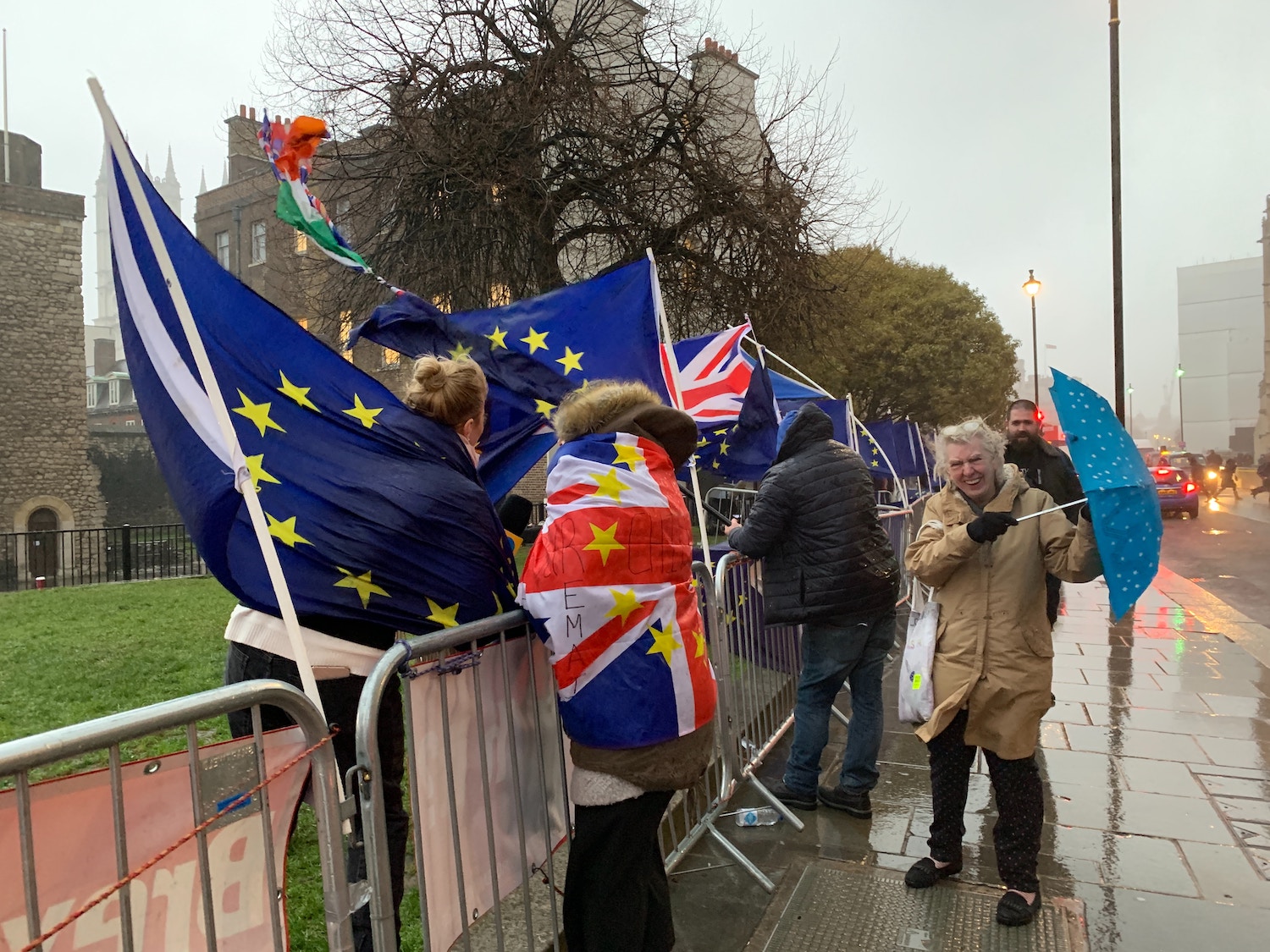 Under the new proposals agreed by negotiators, Northern Ireland will de facto remain part of the EU customs territory and maintain certain rules of the EU’s single market.

British and EU negotiators reached a deal on Thursday for a revised Withdrawal Agreement which, if adopted by the European Council, the House of Commons and the European Parliament, would allow the UK to leave the European Union by 31 October 2019.

After days of intense negotiations, negotiators submitted new legal text on a revised Protocol on Ireland / Northern Ireland and the non-binding Political Declaration on future EU-UK relations. The European Commission endorsed the agreement swiftly and recommended its adoption.

Commission President Jean-Claude Juncker called the deal “a fair compromise” and “a testament to the commitment and willingness of both sides to do what is best for EU and UK citizens.” The revised agreement protected “peace and stability on the island of Ireland” and the EU’s single market, Juncker added. 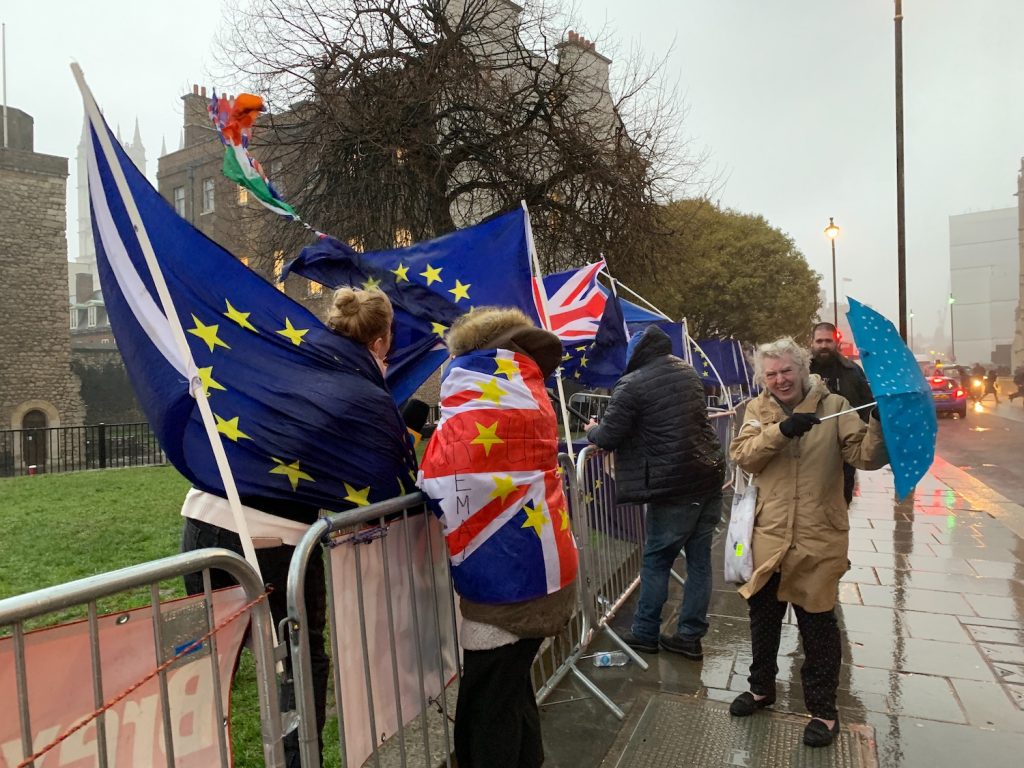 The EU’s chief negotiator Michel Barnier added that after difficult negotiations, “we created a new and legally operative solution to avoid a hard border” in Ireland. All other elements of the Withdrawal Agreement that was concluded last November remained essentially unchanged, and the modified deal brought “legal certainty where the UK’s withdrawal from the EU created uncertainty: citizens’ rights, the financial settlement, a transition period at least until the end of 2020, governance, protocols on Gibraltar and Cyprus, as well as a range of other separation issues,” the Commission said in a press release.

Under the new agreement, Northern Ireland will remain aligned to a limited set of rules related to the EU’s single market, including legislation on goods, sanitary rules for veterinary controls, rules on agricultural production and marketing, VAT and excise in respect of goods, as well as state aid rules.

The controversial “backstop”, which would have kept the whole of the UK in the EU customs territory in case no alternative can be agreed, was replaced with new arrangements which the Commission termed “a fully legally operative solution that will continue to apply unless it fails to receive the democratic support of the Northern Ireland Assembly.” To do that, the two sides agreed to create a permanent consent mechanism which will give the members of the devolved assembly in Belfast, which is currently suspended, a voice on the long-term application of relevant EU law in Northern Ireland.

The Assembly will have to decide by a simple majority if the arrangements should be altered. Such a vote can take place at the earliest four years after the end of the transition period, i.e. by December 2024.

The UK will be free to negotiate trade deals agreements (FTAs) with third countries under which goods produced in Northern Ireland can be sold in these markets “on the same terms as goods produced in other parts of the United Kingdom”, the revised protocol states. 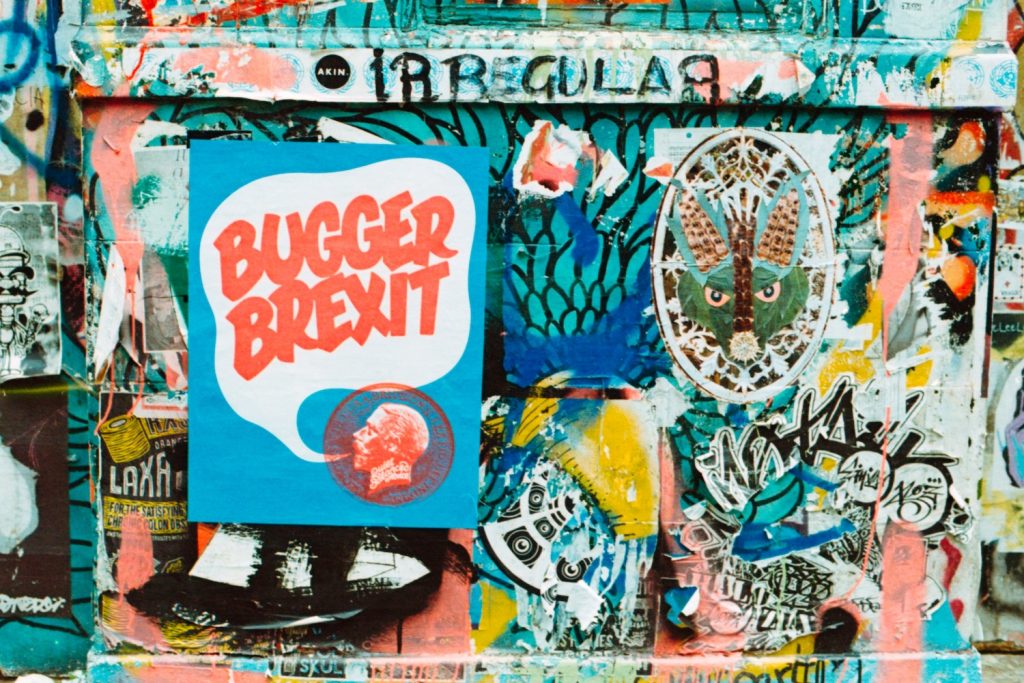 The text states that “No customs duties shall be payable for a good brought into Northern Ireland from another part of the United Kingdom by direct transport […] unless that good is at risk of subsequently being moved into the Union, whether by itself or forming part of another good following processing.

“The customs duties in respect of a good being moved by direct transport to Northern Ireland other than from the Union or from another part of the United Kingdom shall be the duties applicable in the United Kingdom […] unless that good is at risk of subsequently being moved into the Union, whether by itself or forming part of another good following processing,” according to the protocol.

The Political Declaration, which outlines the future relationship between the EU and the United Kingdom, but is non-binding, foresees the creation of a free-trade agreement with zero tariffs and quotas and includes a commitment to securing a level playing field for open and fair competition.

House of Commons approval in doubt

The European Council of heads of state and government, which convened in Brussels on Thursday, is expected to endorse the revised agreement.

Further approval is required by the European Parliament and the House of Commons. The latter will exceptionally convene on Saturday to discuss the new proposals. Given that the Democratic Unionist Party from Northern Ireland on Thursday rejected the revised text, it is unclear whether or not Prime Minister Boris Johnson – who leads a minority government – can muster sufficient support.

He will need to persuade a significant number of opposition lawmakers and of the 21 MPs whose whip as Conservatives was removed last month to obtain a majority. Opposition leader Jeremy Corbyn said his Labour Party would not endorse the deal.

If the Commons withholds its consent, Johnson is required by law to ask the European Council for a further extension of the UK’s membership of the EU. However, under Article 50 of the EU Treaty, such a request could be vetoed by any of the 27 other EU member states.

Johnson is reportedly pressing fellow EU leaders to veto any further Brexit extension, in an effort to put pressure on MPs in London to back the agreement.