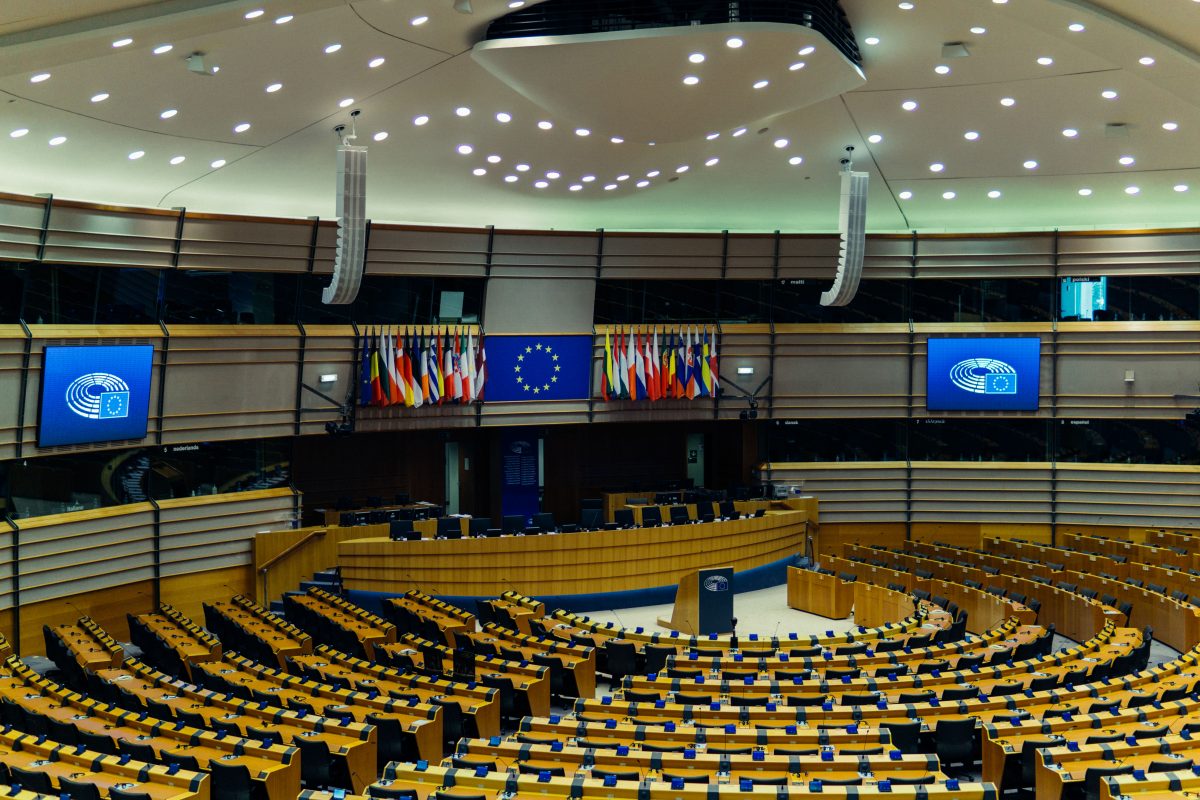 Brussels is one of the international hotspots of political lobbying, and the city is second only to Washington DC in that regard, making it the lobby capital of Europe.

An estimated 35,000 special interest representatives are permanently based in the Belgian capital, and thousands more travel there occasionally for similar purposes. All of them have something in common: They not only try to keep track with political and regulatory developments in the EU but also attempt to influence the decision-making process, to protect the interests of the companies and organisations they represent.

As the number of special interest groups setting up shop in Brussels continues to grow, calls for more transparency on the interaction between lobbyists and EU institutions and for stricter rules governing lobbyists’ access to the corridors of power are becoming louder.

Contrary to a widespread view that lobbying is a shady and objectionable form to influence the political process, it has been part and parcel of the EU decision-making process for many decades.

Registration mandatory only for Commission meetings

In 2016, the European Commission made it mandatory for all interest representatives seeking a meeting with its officials to be registered in the EU Transparency Register, which is in existence since 2008. Registering means signing up to a code of conduct which stipulates, amongst other things, that lobbyists must “always identify themselves by name […] and by the entity or entities they work for or represent; declare the interests, objectives or aims they promote and, where applicable, specify the clients or members whom they represent.”

Interest representatives also must “not obtain or try to obtain information or decisions dishonestly or by use of undue pressure or inappropriate behaviour” and “not claim any formal relationship with the European Union or any of its institutions in their dealings with third parties.”

The EU lobby register, which since 2011 is jointly managed by the Commission and the European Parliament, also includes information on lobby firms’ staff numbers, the legislative proposals they have attempted to influence, and the amount of EU funding they have received.

The transparency gained by this register is seen as minor, since entries are voluntary, were drawn back arbitrarily by lobbyist in the past and incorrect information (which the co-signed code of conduct does not officially allow) is not sanctioned in practice.
By the end of January 2019, nearly 12,000 organisations and individual lobbyists were listed in the public Transparency Register. Half of them were either in-house lobbyists of larger companies or represented European and national trade associations.

The second largest group, accounting for more than a quarter of all registrations, were non-governmental organisations, while only 9 percent of registrants were professional consultancies, law firms, or self-employed consultants.

Nine out of ten registrants have their company or organisational headquarters in an EU country, 3.8 percent in another European country, and 3.6 percent in North America. 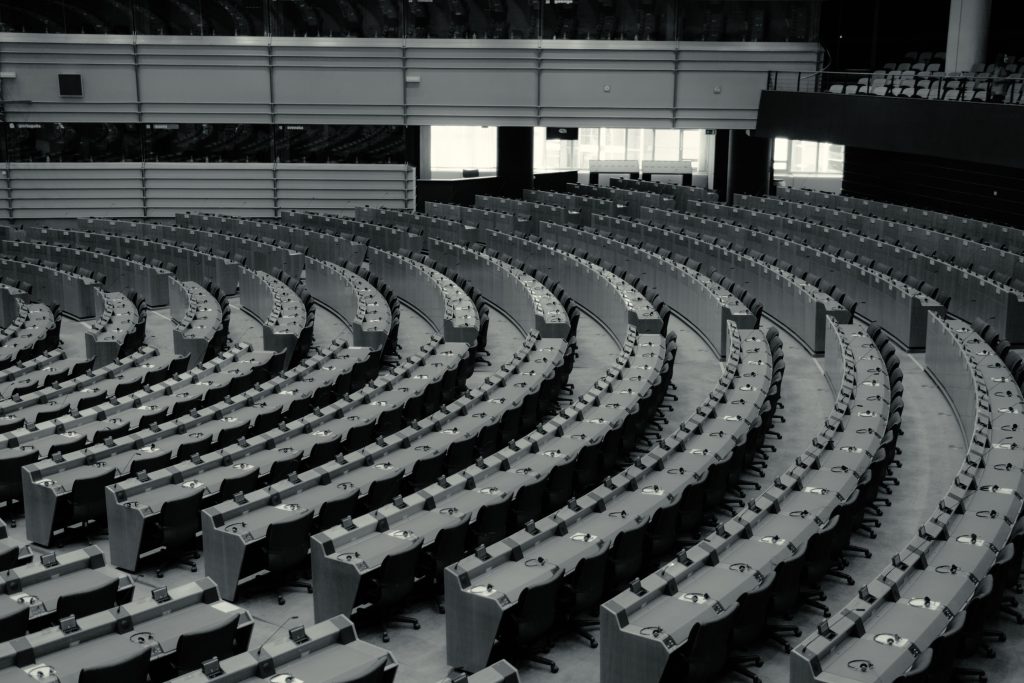 Should law firms register as lobbyists?

There was controversy in recent years over the lobbying role played by law firms not listed in the Transparency Register but nonetheless engage in lobbying activities vis-à-vis European Commission officials. A 2016 report conducted by the Alliance for Lobbying Transparency and Ethics Regulation specified nine such law firms, a few of which have registered in the meantime. However, certain law firms which expressly list political advocacy among their proposed services continue to sign up to the register or, if they do sign up, to divulge their revenues from such activities. Legal privilege and the need not disclose one’s clients are often mentioned as the reason.

At the European Parliament and the Council, the body representing the governments of EU member states, which are also target for sometimes heavy lobbying activities, access conditions for lobbyists are more lax. However, campaigners for more transparency both within the European Parliament and among NGOs such as Transparency International have been pushing for making access lobbyists’ access to these institutions contingent on registration in the Transparency Register.

Around 7,000 interest representatives have access passes to the European Parliament premises in Brussels and Strasbourg. On 31 January 2019, lawmakers adopted stricter rules, against considerable opposition from many. While EU parliamentarians are still free to meet with lobbyists whose names are not on the Transparency Register, leading lawmakers in the assembly such as group or committee chairmen and rapporteurs must from now on disclose and publish all relevant meetings they had with lobbyists.

Council of Ministers not covered by register

One major EU institution – the Council – has so far not taken part in the general lobby register, and meetings between Council officials and interest representatives are usually not disclosed.

The situation gets even more complicated as some EU member states such as Ireland have introduced their own transparency registers in recent years also covering MEPs and national officials dealing with EU dossiers, and there are attempts now to have a single European register.

A recent Transparency International report covering meetings by European Commission officials with lobbyists over a period of four years found that nearly a fifth were about matters of digital policy. Between 2014 and 2018, the Commission registered 4,575 such lobby contacts and only 2,179 for the runner-up, the energy sector.

The study also found that large tech corporations from outside the EU, particularly from the United States, are heavily invested in lobbying the EU. Vast resources have been spent in recent months to persuade EU decision-makers, in particular the members of the European Parliament, to give up or at least water down plans to tighten the rights of copyright holders when it comes to online content. According to the Transparency Register, the US internet giant Google Inc. expends around €6 million per year for its Brussels operations alone, according to the watchdog EU Integrity Watch.

The European Parliament’s rapporteurs, i.e. MEPs who shepherd legislative proposals through the various stages in the legislature, are often the target of particularly heavy lobbying by special-interest groups, as are the members and substitutes on the committee dealing with the details of a bill.

The EU’s General Data Protection Regulation (GDPR), which entered into force last year, was one of the most controversial pieces of legislation. German MEP Jan Albrecht, who was the rapporteur on the GDPR, received a staggering 4,000 amendments to the bill from fellow lawmakers, which was a sign that many of them had been heavily lobbied by interest representatives. 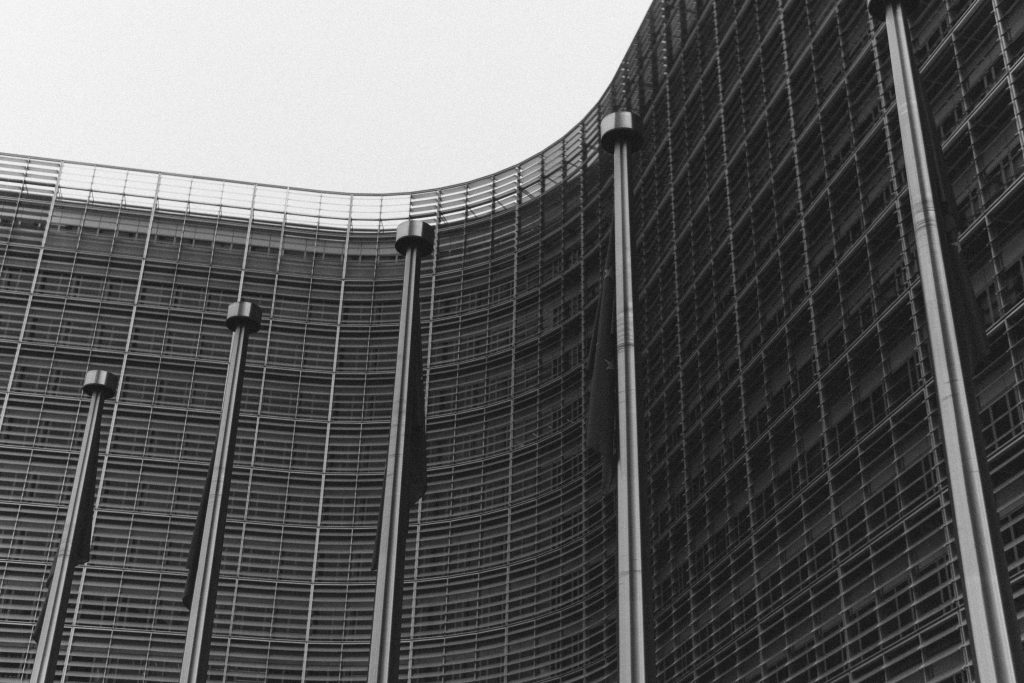 Registered lobbyists often help “sympathetic” parliamentarians draft amendments or submit position papers laying out their company’s or organisation’s views on new legislation, in the hope that MEPs might use some of the verbiage when calling for amendments.

Although some EU lawmakers try to keep lobbyists at bay and refuse their requests for appointments, most show openness to interest groups and weigh the arguments put forward by the different sides. “Lobbying plays an important role, especially at the stage when MEPs still try to gather information on a given issue and haven’t positioned themselves yet”, says Özlem Deniz, chief of staff of a member of the European Parliament. “Good lobbyists are those who have a well-defined objective and are able to provide us with reliable expertise,” she adds.

However, effective lobbying in Brussels not only depends on special interest representatives having the ear to lawmakers and officials, but also on making sure that the information they provide is credible and trustworthy, argues Stefan Borst, a founding partner of the Brussels-based consultancy IDA Group.

“Lobbyists should offer solid facts to their interlocutors. They must be trustworthy, and they should have a good understanding of political processes and of the legal framework of the EU. A lobbyist should never do what the Yellow Press expects of him, i.e. lie or do shady backroom deals. And above all, a good lobbyist is open and transparent about the interests he represents,” Borst says.

In what is known as “revolving door”, many companies and public affairs firms in Brussels are vying to recruit retired Commission officials who have inside knowledge on the decision-making process in the EU institutions, the dossiers under discussion there, and many contacts on the inside.

The most high-profile case in recent years was the hiring of José Manuel Barroso’s by the investment bank Goldman Sachs in 2016, but there are many other examples of top officials becoming part of the EU lobby after completing the mandatory “cooling-off” period imposed by EU staff regulations.

In an op-ed for the Financial Times, EU Ombudswoman Emily O’Reilly called the phenomenon “an equally concerning aspect of the Brussels lobbying industry, and mentioned Brexit-related lobbying as an example. “The UK’s opaque road map might confuse and concern many, but that uncertainty helps to feed the lobbying industry,” she wrote.

O’Reilly lamented that “the financial tracks in Brussels are not so easily exposed, and it remains exceptionally difficult to find who pulls the strings.”

In February 2018, the European Commission adopted a new code of conduct, tightening the rules for former commissioners seeking to work in the private sector.

The so-called “cooling-off” period was extended from 18 to 24 months for former EU commissioners and to three years for the president of the Commission. During that period, former commissioners need to inform the institution before taking up a new job and are banned from lobbying members or staff of the Commission. If they intend to work in areas related to their former portfolios, an ethics committee needs to be give its opinion first, which will be published in the interest of transparency. The Commission can now also express a reprimand or refer the case to the European Court of Justice.

The rules are similar for all former Commission officials: If former staff members leave their institution and begin a new job within two years, they must inform the Commission and first seek authorisation.

If that activity is related to work carried out during their last three years in service and might conflict with the legitimate interests of the Commission, the Commission is entitled to forbid it.

Senior officials are prohibited, in the 12 months after leaving the service, from engaging in lobbying or other advocacy vis-à-vis their former institution on matters for which they were responsible during their last three years in service.

Nonetheless, many former EU staffers are found on the payroll of Brussels lobbying companies. Their expertise is second to none on many files, and the influence they still have on their former colleagues is for asset for companies and organisations seeking to influence EU policy-making.

If that activity is related to work carried out during their last three years in service and might conflict with the legitimate interests of the Commission, the Commission is entitled to forbid it.

Senior officials are prohibited, in the 12 months after leaving the service, from engaging in lobbying or other advocacy vis-à-vis their former institution on matters for which they were responsible during their last three years in service.

Nonetheless, many former EU staffers are found on the payroll of Brussels lobbying companies. Their expertise is second to none on many files, and the influence they still have on their former colleagues is for asset for companies and organisations seeking to influence EU policy-making.