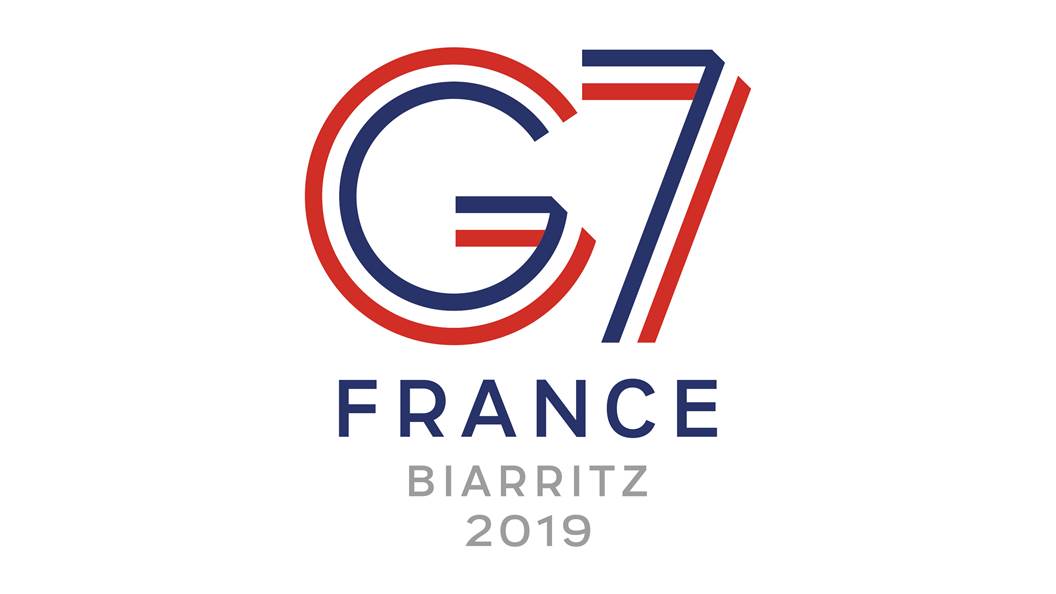 World Leaders to meet in Biarritz

Each facing their own share of political turmoil, world leaders from major global economies will gather in France over the weekend for the high-stake summit.

The Group of 7 is set to gather over the weekend in Biarritz, France, for their annual summit. Between an escalating US-China trade war, the threat of an impending no-deal Brexit and EU-US tensions over the situation in Iran, world leaders prepare for a compelling three-days summit.

For his first G7 Presidency, Emmanuel Macron appears once again eager to disrupt the ways of mainstream politics, as he has expressed his desire to “profoundly renew the format of the G7”, most notably by eliminating the traditional “final declaration”, which notoriously became a point of contention last year after US President Donald Trump abruptly rejected the communique – whilst personally attacking Canada’s prime minister Trudeau – merely hours after the end of the summit. Under Macron’s proposed new format, like-minded countries from in and out of the G7 will be encouraged to work in small coalitions in order to come up with “concrete solutions” on topical issues.

France’s President also seems to have seized this diplomatic opportunity to pursue his long-time ambition to strengthen both economical and strategic relations between the EU and African nations, as an official document from the Elysée Palace emphasises the participation of “a number of African countries, as Africa is a special partner and a key centre for development challenges, but also for opportunities to build future equality”. Heads of states and government from Rwanda, Egypt, South Africa, Senegal, and Burkina Faso, along with representative from the African Union Commission (AUC), have been invited to attend the summit as long as the preparatory meeting. All these countries are considered key strategic partners in the region, because of their economic importance – with South Africa, Rwanda and Egypt commonly referred to as the “Troika” of the African Union – and the role they have to play in the context of sustainable development and the fight against inequality, which is being hailed by Macron as the main theme of the summit.

While in Biarritz, France will also be seeking international consensus and support for one of Macron’s flagship policy proposals, reforming the taxation of Tech giants. The issue was already at the centre of the G7 Finance meeting in July, where Finance Ministers were able to agree in principle on a “minimum tax” standard, that would still allow digital companies to accumulate revenues outside of their legal base, while also impose a minimum tax on their activities, the percentage of which is to be agreed on the international level at a later time.

However, US and EU interests are set to be on the opposite sides of the spectrum on this particular matter, as recent attempts from EU countries to levy taxes on digital income have resulted in swift backlash from the Trump administration, with claims they are meant to “discriminate” against US firms. Already in July 2019 the French Parliament passed a law allowing for taxation of income accumulated in France by digital companies located elsewhere, prompting President Trump to respond with threats of retaliation on French wine exports.

Nevertheless, after several other EU countries recently announced their intention to adopt digital taxation policies of their own, the issue remains set to be on top of the G7 priorities.

Touching base with the Trade War

Another unavoidable point of friction for world leaders will certainly be the ever-escalating trade war between Washington and Beijing, with additional tariffs on approximately $300 billion of Chinese imports set to come into effect on 1 September. Even though the United States Trade Representative office announced last week that some categories of Chinese imports were being removed from the list because of “health, safety, national security and other factors” and tariffs on some other items would be delayed until December 15, the new 10% tariff announced by President Trump on August 1will still apply to about half of Chinese imports to the US.

Although China is not a member of the G7, it will be interesting to witness the other countries’ reaction to the recent US decision to officially label China as a “currency manipulator” earlier in August, after the country reportedly purposely devaluated the Yuan in order to limit the impact of upcoming additional tariffs. The decision itself is likely to stir up internal divisions within the Group, which had agreed back in 2013 that major currency decisions should be taken after consultation with each other.

Whether you are already back in the office or still enjoying the last of summer vacation, keep your eyes on France this weekend, as this year’s G7 is set to be the perfect kick-off to a tumultuous new political year.