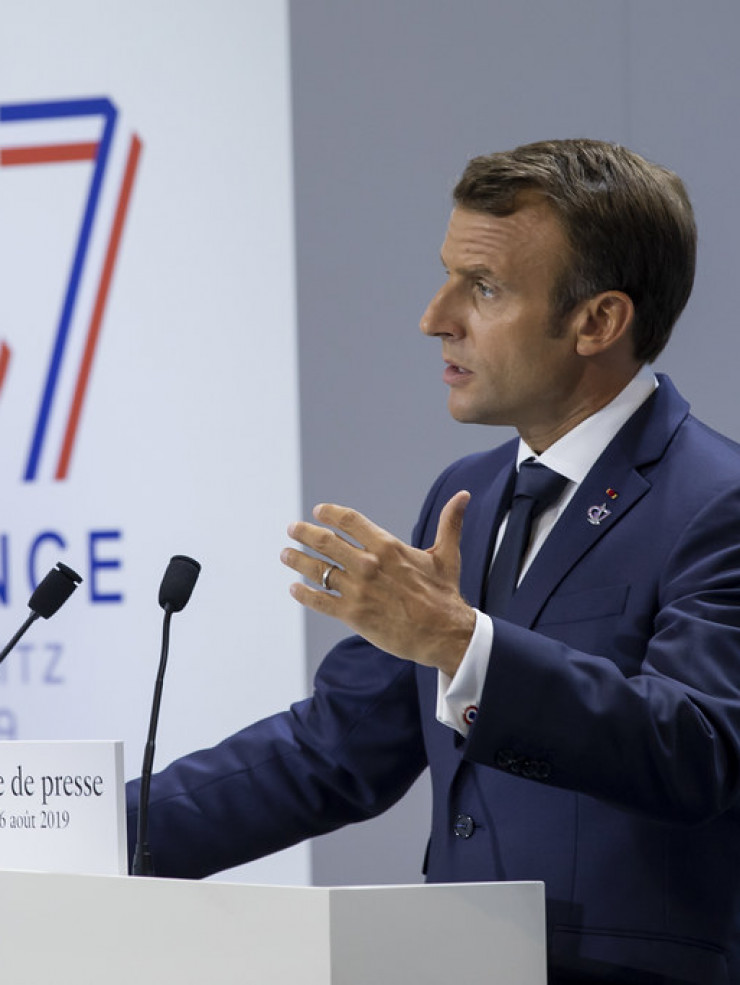 Macron leads peers into a semblance of harmony

After much anticipation, the annual Group of Seven reunion came and passed in Biarritz, France, and it just looks like French President Emmanuel Macron might just have succeed in his bid of delivering a productive, somewhat coherent summit.

Naturally, in the era of Brexit and Donald Trump, some level of diplomatic drama was widely anticipated, and world leaders did not disappoint. Newly appointed British PM Boris Johnson kicked-off the summit with a Twitter spat with outgoing EU Council President Donald Tusk over which one of them should go down in history as “Mr. No Deal”, while US President Donald Trump announced additional duties on Chinese imports and threatened to impose tariffs on imported French wine just one day before arriving in Biarritz.

Surprisingly enough, things appeared to quiet down when the working sessions began on the second day, which saw Johnson voicing his – surprising? – support to EU leaders on key issues such as climate crisis, the Iran question and the issue of Russia possibly re-joining the Group, which is reported to been heavily pushed by the US administration but remains strongly opposed by the others. With the issue of Brexit off the table for the weekend, Johnson even dared to publicly, albeit indirectly, criticise Trump’s escalating trade war with China, urging him to drop tariffs in order to avoid slowing down the global economy.

The G7 and Trump: is third time the charm?

The spectre of last year chaotic conclusion of the G7 still looming behind him, Donald Trump also achieved a remarkably drama-free summit by his own standards. Sure, international medias reported extensively about his alleged plan to “nuke hurricanes” approaching US coasts, and he did enter the meeting menacing retaliatory tariffs on French export against a newly approved national law that will impose a new tax on services provided by large internet companies.

Still, with the very notable exception of the climate crisis, Trump kept a surprisingly quiet profile over the weekend, praising the French President leadership skills and commending him for a “very unifying two and a half days”. Beyond most expectations, the two countries even reached a compromise on the issue of digital taxation, defusing the threat of a trade war, under which France agreed to repay companies the difference between its digital tax and the tax that would result from a mechanism currently being drawn up by the Organization for Economic Cooperation and Development (OECD).

Iran, deal or no deal?

The most outstanding accomplishment of the 2019 G7 remains President’s Macron announcement that a meeting between the American and Iranian president Hassan Rouhani could be taking place “in the coming weeks”. In a welcome pause from the tensions of the past few months, Macron appears to have – at least for now – positioned himself as a likely broker for a deal between the US and Iran, which already constitutes a dramatic shift compared to just two weeks ago, when the US and France publicly clashed over the situation in Iran, with Trump accusing Macron of trying to “speak on behalf of the US” on the issue and French foreign minister Jean-Yves Le Drian swiftly replying that “France speaks for itself on Iran as a sovereign power”.

“Our house is burning. Literally.”: G7 to the test of climate breakdown

Amidst growing international outrage over the fires currently devastating the Amazon rainforest – with Brazil’s Space Research Centre revealing an 83% increase compared to the same period last year – the climate crisis rose to the central stage of the summit, once again highlighting significant international divisions on the subject.  Because old habits notoriously die hard, Donald remained true to Trump when, after blatantly skipping the meeting on climate and biodiversity, he cited conflicting appointments with German and India, while footage taken before discussions started show both Chancellor Angela Merkel and President Narenda Modi attending the discussion.

Nevertheless, the remaining world leaders came together on the issue and agreed to provide the affected countries with $20 million in emergency funding to tackle the fires. After Brazilian President Jair Bolsonaro very publicly feuded with Macron on everything going from claims of “climate colonialism” to comparison of their wives respective looks and age – prompting and extraordinary statement from Macron, in which he hoped Brazil “will very soon have a president who is up to the task” – it is currently unclear whether Brazil will be accepting such contributions, although pressure on the issue has been steadily mounting both internationally and at home.

In addition, the Elysée palace released a communication after the end of the summit, stating that France, Germany and the United Kingdom will be doubling their contribution to the Green Climate Fund, established by the United Nations in 2010, reaching a total of over €5 billion.

Will Trump be meeting with Iran’s Rohani anytime soon? Should we be expecting a “Trump-Iran deal”? Is Boris Johson more of a European that he cares to admit? Will old-world, widely over-staged meetings and communiques prevent humanity from burning the planet to its death? As usual, the G7 brings more questions than it does answers, but it sure remains entertaining to watch.

Will Facebook's cryptocurrency take off?