Bitcoin and Blockchain: Disruptive potential not only for the financial sector

Initial coin offerings, tokens, smart contracts: In the environment of bitcoin, cryptocurrencies and blockchain there is an ever increasing number of terms with complex contexts. Clear definitions help to identify opportunities and risks for companies and legal departments.

Cryptocurrencies are currently controversial: For Bitcoin investors, the past few months have been a rollercoaster ride, with sky-high moments to the depths of despair – and the U.S. law authorities are investigating suspicions of manipulation. But experts predict that blockchain, which is the technology underlying digital money, will be of great significant in the future: “The potential for savings is enormous for all industries where large volumes of transactions can be automated and central intermediaries are not desired, nor considered safe or efficient. Business models that compare large volumes of data, such as back-office operations in the financial sector, are coming under pressure,” explains Prof. Dr. Nikolas Guggenberger from the Institute for Information, Telecommunications and Media Law at the Westfälische Wilhelms-Universität (University of Münster), who conducts research on blockchain, smart contracts and legal automation. Examples of this are claims settlement for insurance companies or the complex electricity billing systems for solar or wind energy.

The most important facts in short

The transportation sector could also benefit: Blockchain technology makes it possible to track shipments from the warehouse to delivery at their destinations. Processing takes place via smart contracts, which automate the exchange of services (see glossary). The individual processes are documented and only approved by the participants once the conditions defined in the program code have been fulfilled, thereby creating the individual links in the blockchain. This makes the error-prone and expensive documentation by buyers, sellers, transportation companies, inspectors and banks no longer necessary.

“Company lawyers should work on learning to recognise the point at which their business model can allow for legal automation to be realised. They can ask: which intermediaries do I really want to replace with a code?”

Banks are taking a very close look at blockchain

Thomas Richter, Senior Legal Counsel at Deutsche Bank and specialist for technology law, says: “In the financial industry, a large number of blockchain applications are currently the subject of intense debate.” For example, the Bitcoin digital monetary unit, the best-known blockchain application, is traded without the use of a central issuing office, e.g. a central bank, and without involving a house bank to serve as the clearing house. According to the Federal Ministry of Finance, six financial institutions in Germany now trade in virtual currencies themselves.

Blockchain technology has disruptive potential because it takes over tasks from intermediaries and auditing bodies such as banks and notaries, for example when purchasing real estate or companies. But forgery or manipulation is not likely with an open blockchain, as it is used as a decentralised distributed database or distributed ledger technology (see glossary) on a large number of computers (peer-to-peer). To manipulate data, hackers would have to gain access to widely distributed individual computers.

Initial coin offerings (ICOs) also threaten the business model of financial institutions. At the beginning of June, the blockchain start-up Block.One was one of the largest crypto ICOs to date, involving 4.2 billion dollars. “In contrast to the traditional way onto the floor, these digital tokens are issued instead of shares without investors receiving voting rights in return. Depending on the design, these may be equity tokens with a share in the company’s success or vouchers for future services,” explains blockchain expert Nikolas Guggenberger.

New technology does not free us from old rules

Digital ICOs have come under fire, however, due to questionable providers and bruised investors. “National supervisory authorities around the world have addressed the issue,” reports Thomas Richter of Deutsche Bank. A significant number of requirements must be met, even if it is not easy to differentiate between tokens and securities under supervisory and capital market law. “In Germany, ICOs are currently only possible in close consultation with the German Federal Financial Supervisory Authority (BaFin) to clarify whether a prospectus requirement exists under the Securities Act,” advises Nikolas Guggenberger. 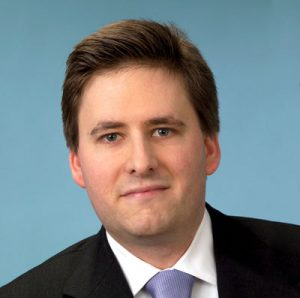 “The terms bitcoin/virtual currencies, on the one hand, and blockchain and legal technology, on the other, must be defined as separate terms. In current discourse, they are often used interchangeably, which leads to confusion.”

“In view of the many ambiguities, company lawyers have to distinguish between the different terms from a legal point of view and not work with buzzwords. Depending on the area of blockchain application, there are different issues that require different legal assessments,” recommends Thomas Richter of Deutsche Bank (see glossary).

To ensure that management and departments perceive company lawyers as sparring partners, a fundamental understanding of the technology is required: Which intermediaries can be replaced if I trust a code? How can our company use blockchain sensibly? Where are its limitations? “Even though tokens to date have mainly served as a form of financing for start-ups, they could also be used by established companies,” offers Nikolas Guggenberger as an example. In principle, the more consulting or valuation services a company offers, the less their business model will come under threat.

Last but not least, according to Guggenberger, legal departments should look at the effects of smart contracts: “Where can legal transaction processing be automated in our business model? And what are the consequences for our own work?”