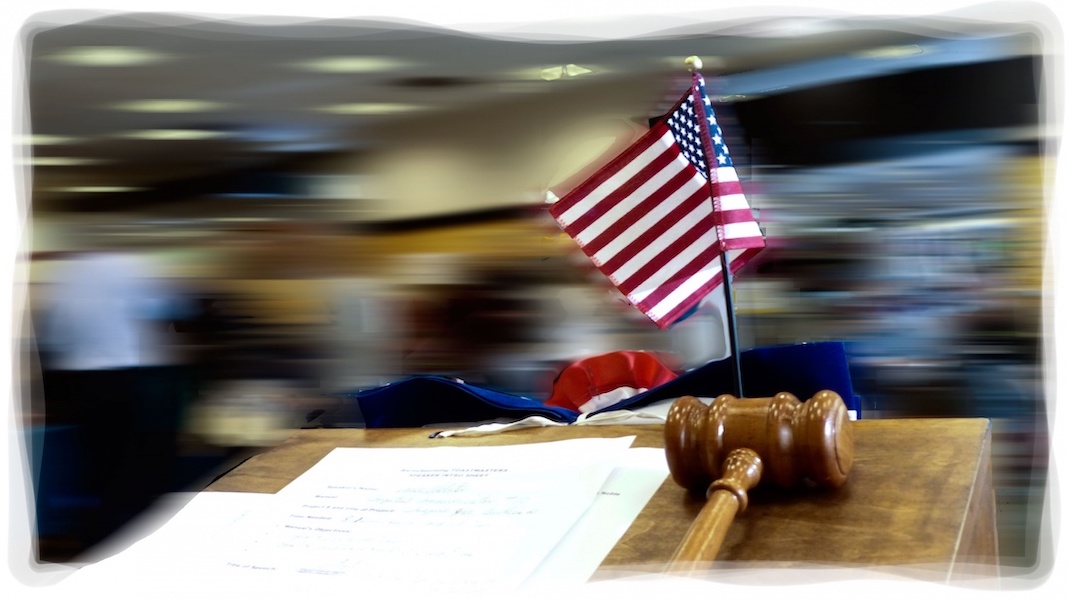 A ruling by a district court judge in Colorado has reignited the discussion on whether or not attorney-client privilege applies to communications from in-house lawyers that contains both legal and strategic business advice.

In May 2018, a Colorado district court handed down a judgment which also touched on the question of whether or not attorney-client privilege applies to communications from in-house lawyers that relate to both legal and strategic business advice. It revived the old controversy about which communications from corporate lawyers fall under the scope of legal privilege, and which do not.

The case concerned a class-action lawsuit brought against Marriott. The lawsuit brought against the latter contended that an affiliation between the Ritz-Carlton Club at Aspen Highlands and Marriott in April 2014 led to a significant depreciation in the value of shares in the club as they lost their cachet of exclusivity and became less marketable.

The suit focused on a strategic memorandum, produced by Marriott Vacations’  legal department, to which the plaintiffs sought to obtain full access despite claims by the defendant that the document was protected under attorney-client privilege.

Such privilege is recognised by US courts as being applicable to company lawyers in the same way as it would be to any other attorney, thus allowing companies to seek legal advice from their in-house counsels on the reasonable assumption that the topics discussed will remain confidential.

Nonetheless, Magistrate Judge Gordon P. Gallagher ruled that because these privileges could be used to “withhold relevant information from the finder of fact”, they should also be “narrowly constructed”.

As in-house counsels customarily performed the double function of acting both as legal and as business advisors, the judge held that heir communications should only be considered privileged when “the communication’s primary purpose is to gain or provide legal assistance” to their company.

However, this raises the issue of knowing how to properly distinguish the juridical and business aspects of a communication, as those features are more often than not intertwined, as was the case with Marriott’s strategic memorandum.

According to a precedent established in 2000 by the DC Circuit courts on this matter, which Judge Gallagher chose to reference in this instance, “where business and legal advice are intertwined, the legal advice must predominate for the communication to be protected”. This concept is also known as Primary Purpose Test”. It entails that, in order to benefit from legal privilege, corporations must be able to “clearly demonstrate that the communication in question was made for the express purpose of securing legal not business advice”.

It was perhaps for this reason that the judge rejected the possibility to redact the memorandum and to protect the sections that would have amounted to legal advice. He pointed out that “Marriott is a sophisticated corporation with a large and experienced legal team”. In other words, the company should have been aware of the relevant case law and taken the necessary steps to safeguard their counsel, for example by redacting a confidential addendum to the memorandum, or by clearly signalling the specific paragraphs or pages as “confidential” or “privileged”.

However, since those precautionary measures were not taken in this instance, the ruling held that “an implicit waiver of the attorney-client privilege occurred”, both because the document appeared to consist primarily of business and strategic advice, and because the legal department did not take the necessary safeguards in order to isolate the legal counsel sections from the business-related parts of the memorandum. 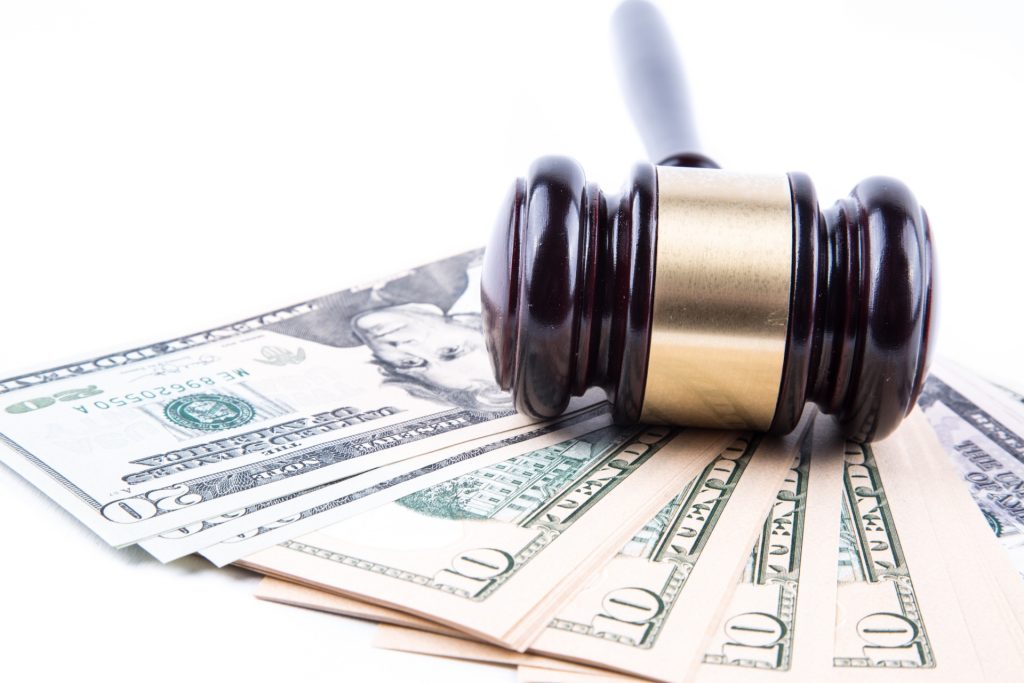 An alternative outlook to the Primary Purpose Test

Although Marriott judgment may seem like a defeat for advocates of in-house legal privilege, it is important to keep in mind that the position of the DC circuit courts, which case-law Judge Gallagher referenced in decision, seem to have evolved substantially since 2000, now giving more consideration to in-house lawyer communications that contain a mixture of business and legal advice.

A 2014 decision of the DC Circuit Court of Appeals held that, while the Primary Purpose Test remained a valid standard to determine whether or not an in-house communication falls under the scope of legal privilege, “trying to find the one primary purpose for a communication motivated by two sometimes overlapping purposes (one legal and one business, for example) can be an inherently impossible task”.

The Kellogg decision provided a new articulation of the Primary Purpose Test, and stated that, in order to evaluate the privileged nature of a communication, judges should not attempt to unravel its different purposes in order to determine the prevailing one. Rather, they should assess whether or not legal advice represented at least one of the significant purposes of the communication.

Evidently, this broader outlook, which the appeals court has since confirmed in a judgment in June 2018, provides a much more favourable approach for company lawyers and corporations at large as it guarantees that all sensitive correspondence handled by in-house counsel will fall under the protective shield of legal privilege even when intertwined with strategy and business advice – so long as obtaining or providing legal assistance remains one of its relevant aspect. 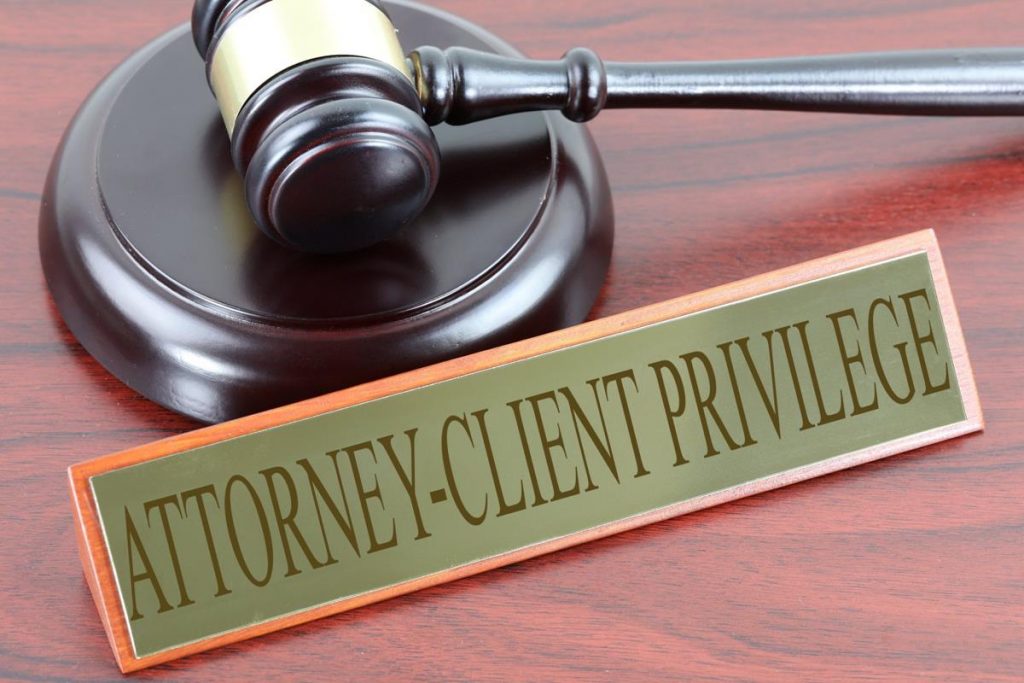 Nevertheless, since there currently appears to be significant dissent amongst US judges on how to formulate and apply the Primary Purpose Test to in-house communications, the Marriott judgment remains relevant. It provides useful insights on precautionary measures and best practices that in-house lawyers should consider adopting in order to ensure the confidentiality of their correspondence in cases where their legal advice also involves business and strategic aspects.

While Judge Gallagher’s opinion held that legal privilege could not apply to the litigious memorandum in that specific instance, it also provided guidance on how Marriott’s legal department could – and should – have proceeded in order to avoid the “implicit waiver” of attorney-client privilege which led to the disclosure of the unredacted version of the memorandum.

It is important to keep in mind that legal departments and in-house lawyers carry the burden to protect their own attorney-client privilege. They ought to take every action necessary to ensure their communications and legal advice remain confidential.

In case of doubt as to the applicability of legal privilege to any given communication counsel should advise their superiors of potential risks, e.g. the prevalence of the business and strategic element as opposed to the legal advice function, and of the best way to protect the confidentiality of information that amounts to legal counsel.

This means making the legal advice portions of a communication as apparent as possible, for example by putting them into separate paragraphs or pages clearly marked as “confidential” or “privileged”, or alternatively by redacting those portions into separate confidential addendums or entirely different documents.

Although the Marriott judgment might not set a major precedent for how US courts will handle the intertwining of business and legal advice in the future, the decision still provides a highly valuable lesson for in-house counsel. To prevent unwanted disclosure of sensitive information and advice, it is best to keep it separate from day-to-day business

For a more in-depth analysis of the Marriott’s case, see: Presnell on Privileges, No Room in the Inn: Marriott’s Legal Dep’t Loses Privilege over Strategic Plan Memo

Music in the air: Was Spotify's IPO a trailblazer?