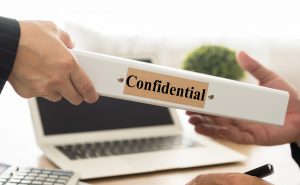 Like outside counsels, in-house counsels play an important and effective role in the development and maintenance of the rule of law. For that role to be effective however, the legal counsel must be independent. Due process, fair administration of justice and effective enforcement of rights can only be achieved if clients have access to a counsel who gives independent and honest advice without any bias towards themselves, the client, or a third party.

While the principle of protection of written communications between an outside lawyer and a client is generally accepted in Europe, its scope and the criteria for its application vary. Moreover, in-house lawyers do not enjoy legal privilege when dealing with EU institutions, according to the jurisprudence of the Court of Justice of the European Union.

Discussions about this subject, and more generally about the profession and status of company lawyers in Europe, are ongoing however, and legal privilege is an integral part of ECLA’s advocacy work. In 2014, ECLA presented its White Paper “Company Lawyers: Independent by Design”, that goes in depth into the concept of legal privilege and the independency of company lawyers.

To protect French companies from legal trouble abroad, the Macron government might now be ready to extend legal privilege to company lawyers

The ruling of a Colorado district court that reignited the discussion on whether or not attorney-client privilege applies to communications from in-house lawyers that contains both legal and strategic business advice.