‘Growing the volume of international trade further is wrong’ 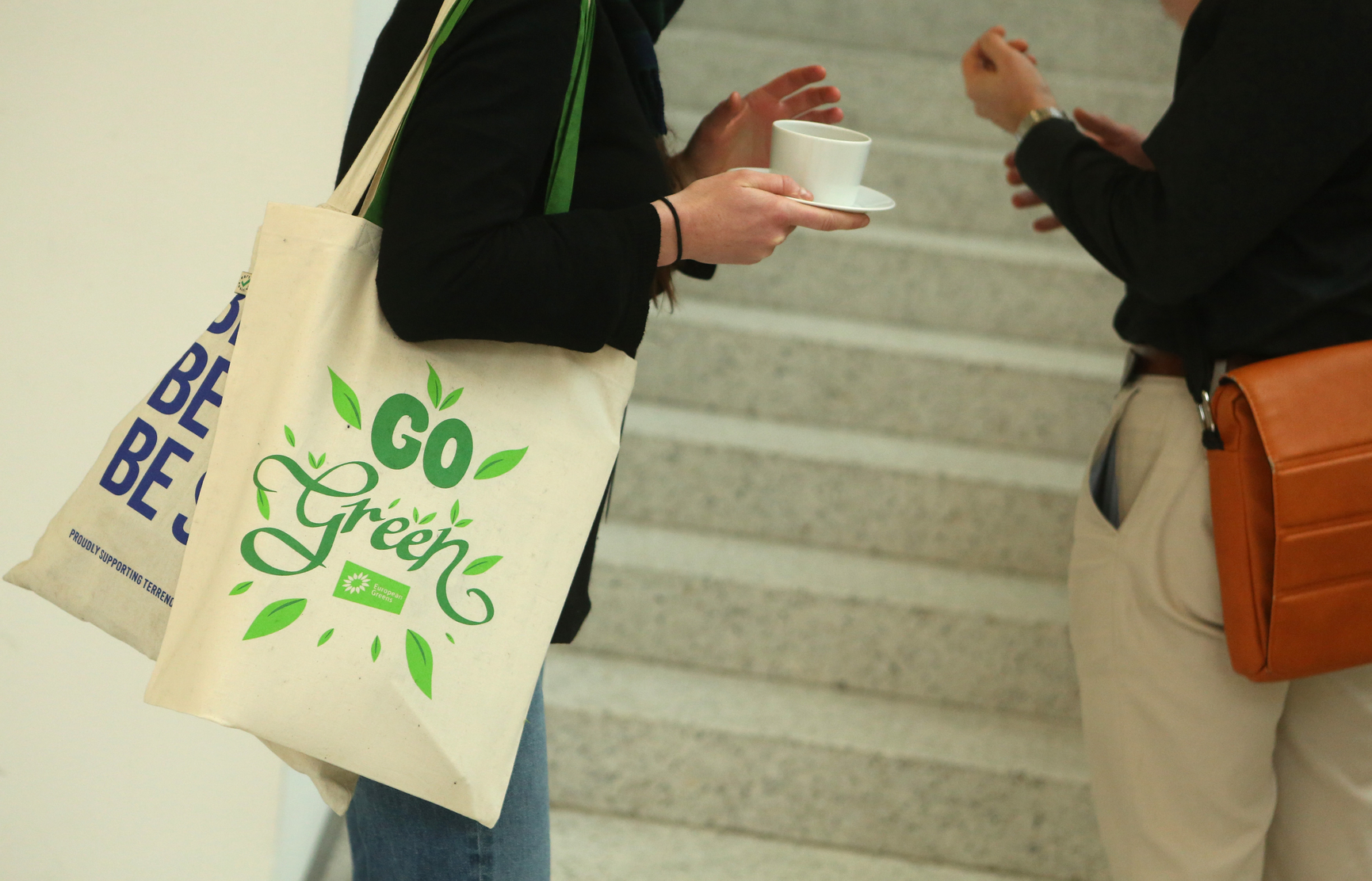 ‘Growing the volume of international trade further is wrong’

Belgian MEP Philippe Lamberts is sceptical about new EU free trade agreements such as the one with Mercosur. The co-chair of the group of the European Green Party in the European Parliament sat down with In-House Legal to talk about his views on digitalisation, trade and reducing CO2 emissions.

IN-HOUSE LEGAL: Mr. Lamberts, you said you were relieved that Margarethe Vestager will be in charge of the digital and the competition agenda in the next Commission. She is not a member of the Green Party. Why are you happy with her?

LAMBERTS: Just imagine a French or a German would have been named for that position. We would get a policy of pursuing big European industry champions, and it would have meant encouraging big European monopolies. I much prefer a Liberal like Vestager.

IN-HOUSE LEGAL: Digitalisation is intensifying. What on the political agenda in this area?

LAMBERTS: There is still a lot to be done in terms of protecting individual freedoms and rights, notably with respect to Artificial Intelligence and Electronic Surveillance. It’s not just about what happens on the Web, but also in the streets. We need to address questions like face recognition. The General Regulation on Data Protection is just the beginning of it. If we are serious about protecting individual freedoms, there is a lot left to be done.

IN-HOUSE LEGAL: The new Commission president has suggested a few things in this area…

The music you hear from Ursula von der Leyen is certainly encouraging, but there is still very little substance. I say, show me the beef and then we will discuss it.

Certainly, Margarethe Vestager has a track record in confronting monopolist power. I hope that she will be as tough on the issue of protecting personal freedoms as she is on protecting economic freedoms.

Overall, the talk you hear from many people in Parliament and elsewhere is, great that the Digital Revolution is here, it’s going to create so much value and it will be uniformly positive, and if we can commercialise data of people better, that’s great, too. I don’t believe in that talk. Citizens should be the owners of their data, and companies should pay if they want to use their data. I want to be free to decide if I want to sell my data or not.

IN-HOUSE LEGAL: Don’t you think Margarethe Vestager’s tough stance will cause an even bigger rift in relations between Europe and America?

LAMBERTS: We don’t need Vestager for that. We have the guy in the White House to do that…

IN-HOUSE LEGAL: As a leader of the European Green Party, what advice would you give to SMEs to become greener?

LAMBERTS: I’m not a businessman, but of course everyone needs to look at the way they do business and meet their priorities. People should ask how their own businesses can contribute to the Green Transition, which is to make our societies fit within our natural boundaries.

If you are a baker, you have as much a role to play as a construction company. It’s not just about the way you build your machines, but also about the kind of machines you make. And also how you can reduce inequality.

This is really about the two aspects: the ecological footprint and reducing inequality. These are the two main axes of the transformation. Companies have to think how their business can contribute to that transition, and then they have to take a bet and to say, Okay, we believe that this transition will happen and so we will invest in it.

The second aspect is the way you do business. That’s about your waste production, your consumption of resources, etc. It is about what you do and how you do it. I cannot prescribe how to do it, but I just say that you should look into it.

IN-HOUSE LEGAL: What measures are we looking at on the European level that are going to be taken to reduce CO2 emissions?

LAMBERTS: In Europe, we tend to think that if we shift the problem elsewhere, we have solved it. If you look at CO2 emissions, in absolute terms, we have not reduced them, but we have shifted them. When you produce steel in China, CO2 is emitted there, though in reality, it’s emitted there because of you. And if you design your carbon or waste legislation badly, you don’t solve the problem, you just shift it away. And often, jobs are shifted away as well, which really is stupid.

So, to say that we should have tough regulations on organic food, or on CO2, and then let in products that have been produced non-organically, or on paper organically but without any checks, or by emitting tons of CO2, is not right. That is where a carbon tax adjustment is potentially good news.

IN-HOUSE LEGAL: Do you think the carbon tax will come?

LAMBERTS: It’s a very difficult topic. I’m an engineer, so I might say, no problem, let’s tax every product that comes into the European Union by looking at the amount of CO2 it has produced. But just imagine what kind of system you would have to put in place for each product. It would create a huge bureaucracy.

IN-HOUSE LEGAL: Can the problem be resolved through technological innovation alone?

LAMBERTS: As an engineer, I know the laws of thermodynamics. You cannot have endless growth in energy production and in the consumption of resources, that’s physically impossible. No technology will help you.

Yes, technology can help, but technology in itself will not be the solution. I know this may be annoying because it means that we have to change the way we live, but there is no way around this.

You cannot just say, Airbus and Boeing have together 20,000 new aircraft on their order books, and these planes will all fly around zillions of people over long distances in the endless future. We just cannot afford to emit all that CO2. Period.

IN-HOUSE LEGAL: Are we looking at eventual bans of fossil-fuelled cars and aircraft then?

LAMBERTS: I am very much in favour of looking at the ecological impact of things, and one can argue that in some configurations, internal-combustion engines may be less of an environmental burden than for example electric cars.

If we just say, let’s get rid of the diesel engine and only have electric cars, and then run out of lithium and can’t build the necessary batteries, or if we can’t properly recycle them, we would just replace one problem with another.

This is why we should be smart in the way we draft legislation. Yes, we have to be very ambitious on our targets, but then again, it’s not just the technology. If you have more people and more tonnes of goods and people covering more miles, you increase your ecological footprint.

We have to look if, for instance, it is meaningful to have meat, wheat and milk travel thousands of kilometres between producer and consumer. And these are the easy, low-hanging fruits. You won’t grow bananas in the Ruhrgebiet in Germany, but if it’s only bananas that are being shipped long-distance, that’s fine. But milk? I know that Belgium exports milk to the Netherlands, and vice versa. What’s the point of that?

We are now signing CETA, the trade deal with Canada. CETA includes an import quota of 120,000 tonnes of Canadian meat, pork and beef, to Europe every year. The European market is already over-saturated with meat, and our farmers produce more than we need. We will now add to that industrial meat made in Canada. Serious, what’s the point of that?

IN-HOUSE LEGAL: What’s the solution? More taxes and ensuring that prices go up?

LAMBERTS: Carbon taxes have a role to play. You must make the transport of that meat uneconomical.

IN-HOUSE LEGAL: So, you reject the principle of free international trade?

LAMBERTS: Free-trade agreements having the aim of increasing global trade flows run counter the logic of reducing the ecological footprint. We need to re-localise the economy. I am not saying that we should only buy stuff that has been produced within a radius of 50 miles of wherever we live. But we have decided that global is the right scale for everything, and clearly that is the wrong decision.

‘Global’ is the right scale for the Airbus A380. But ‘local’ is the right scale for milk. Importing milk powder from New Zealand is crazy, and yet we do just that. I know they produce milk very ecologically there, but the fact that you reduce it to powder, transport that powder half way around the world, re-hydrate it here and then keep transporting it around Europe is completely crazy. So let’s not do this anymore. Would that mean that New Zealand would starve? No.

The first part of the word ‘economy’ is ‘oikos’, which means ‘home’. Economy means managing your home. The raison d’être of the economy is serving local needs, and many needs, though not all, can be served locally.

Re-localising things doesn’t mean protectionism. Whatever we need to exchange across borders we will continue to exchange, and not every city will have a car production plant, that would be crazy.

But countries like Germany will learn it the hard way. If you make mercantilism your strategy and then the doors of global trade are closing, you will come to realise that you cannot be prosperous in a Europe that is not prosperous as well.

I don’t say that we should close the borders, but we should apply the principle of subsidiarity to the economy. ‘Global’ is not the right scale for everything.

IN-HOUSE LEGAL: That means you are opposed to new international trade deals?

LAMBERTS: I agree with neoliberals on one point: International trade agreements today must be international regulatory agreements. The objective must not be to increase the trade flow, but to harmonise legislation.

The neoliberal version is to put national or regional systems in competition with one another, but what I am thinking of is harmonising legislation through agreements that trigger upwards-convergence.

Mind you, it does make sense to find allies in the rest of the world so that we can have high social, environmental and safety standards. Then we can engage to prefer one another and to make it more difficult for others to compete with us.

We Greens are not isolationists, and we know we need allies. Issues such as global warming are truly global issues, and Europe alone cannot solve them. But the idea that more trade is good is wrong. Global inequality is on the rise, because of technology and also because everyone is forced to compete against everyone else. That is profitable only for the one percent of the world population. I don’t care about that one percent; they are human beings like everyone else, but they don’t have a problem with dignity of life. They are not the ones I am mostly worried about.

IN-HOUSE LEGAL: Today, we are talking about an environmental crisis. Ten years ago, people were speaking of environmental concerns. How would you characterise the situation?

Nevertheless, in other parts of the world, that is the case, and people are dying. So, in some places it’s definitely a crisis. If we don’t tackle it, it could lead to environmental collapse. In some areas, that is already underway.

The interview with the co-chairman of the Green Group in the European Parliament was conducted in September 2019 by Marion Lupin, Marten Männis and Michael Thaidigsmann.

Green leader: Parliament's failure to reach agreement on Commission president due to ‘teleguided’ Socialists and Liberals