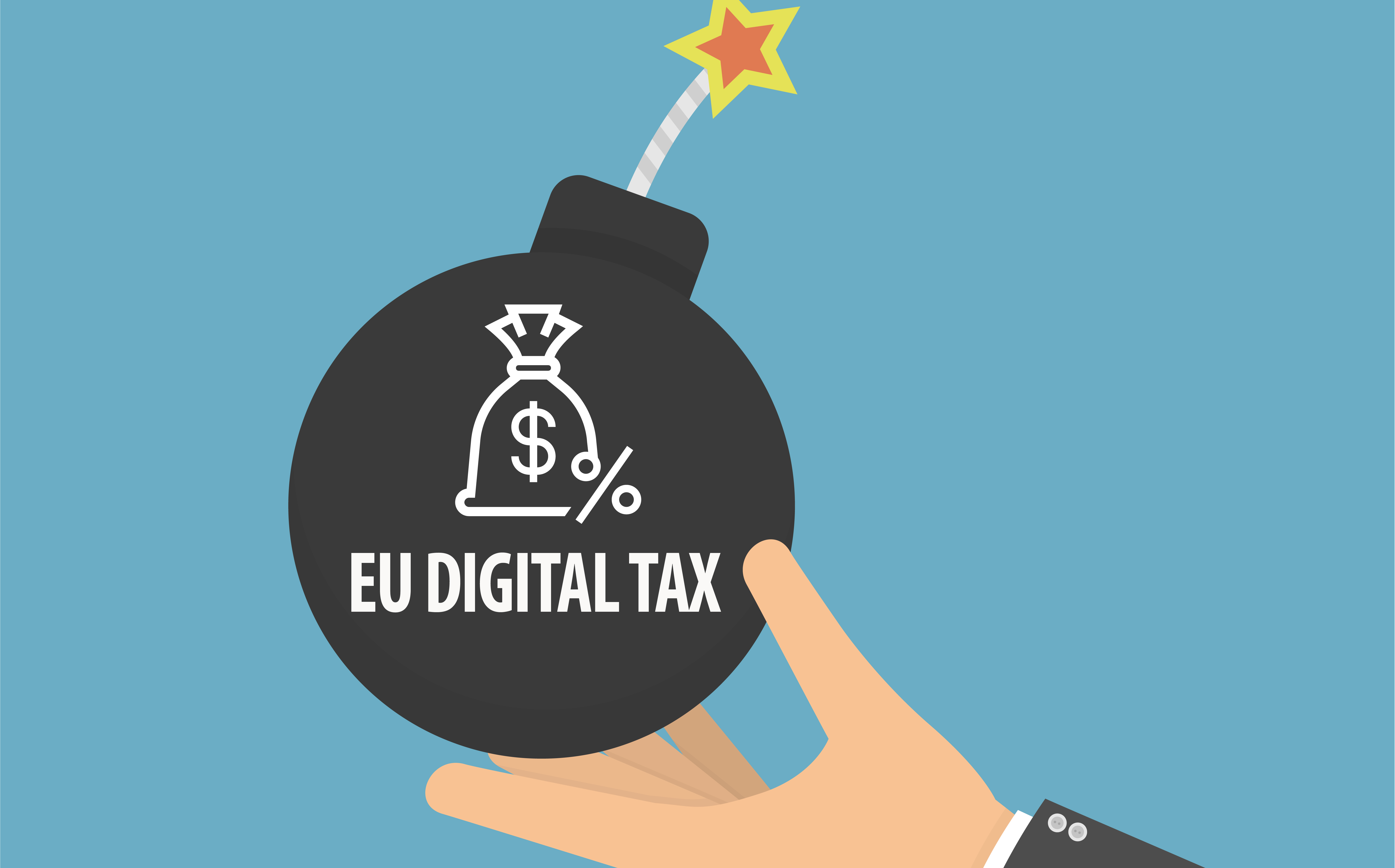 The EU Commission’s proposed tax on digital business models is facing massive resistance: Member states are refusing support and trade associations are warning about the consequences. Companies, on the other hand, seem to be remaining remarkably calm. Experts are calling for an international solution – and anticipate national action.

The genie he let out of the bottle won’t go back in: Under the leadership of Jean-Claude Juncker the government of Luxembourg granted illegal tax advantages to Amazon, among others, for years. This is the view of the EU Commission – of which Juncker is President today. And while it is mildly amusing to see Juncker now becoming a champion of greater tax justice within the Union, his latest attack on the (primarily US-led) digital economy is likely to fail.

At the end of March, the Commission presented its plans for an EU digital tax, which is also being called a GAFA tax (Google, Apple, Facebook and Amazon) in view of its proposed target. The plan recommends imposing a special tax as an interim solution and at the same time, conducting a thorough revision of the EU-wide corporate tax regulations (see EU Digital Tax on page 43). The aim is to tax digital business services within the Union “in a fair and growth-friendly way.”

The European Union is divided

But the plan seems to be hopeless right from the start. EU member states such as Ireland, the Netherlands or the aforementioned Luxembourg have been using tax policies as aggressive location marketing tools for years. It is then only natural that they are less than enthusiastic about supporting the Commission’s proposal; however, tax-related decisions in the EU must be taken unanimously. France has taken the lead, but there are still no more than a dozen member states currently in favour of a digital tax.

The informal meeting of the EU Council of Ministers for Economic and Financial Affairs (Ecofin) in Sofia at the end of April 2018 is just one example of the division within the Union on this issue. Representatives of several member states criticised actions in Europe as not helping the situation. They emphasised the need to wait and analyse the impact of recent measures taken at OECD level.

In principle, the EU proposal for a digital tax is appropriate as a means of countering the tax avoidance strategies of companies based abroad. However, the Commission’s current legislative proposals are based on studies of the tax burden on the digital economy that were conducted prior to the implementation of the international BEPS action plan, prior to adoption of the EU ATAD directives and prior to the US tax reform.

Observers estimate that an EU digital tax would affect around 100 companies worldwide, perhaps even less. “All the same, it has essentially been a dozen U.S. groups that have taken a precautionary stand to date,” confirms Dr. Sebastian Benz, partner at Linklaters in Düsseldorf. Amazon & co. have not yet issued a statement, most likely because they assume that the EU plans are incompatible with the applicable principles of international tax law. This is also the position held by renowned economists. A special digital VAT would impose a further burden on the economic activities of global companies in the EU.

As a precautionary measure – and due to pressure put on by France, Germany, Italy and Spain in particular – the OECD has already revised its 2015 report on the taxation of digital companies, which is two years ahead of schedule. A further update is planned for 2019. If those responsible get their way, regulatory proposals will be presented the following year and a joint decision taken at international level. We will have to wait and see. An international solution is the only way forward – but this is currently a long way off.

Based on an article by Bijan Peymani

What does the future hold for intra-EU investment protection?