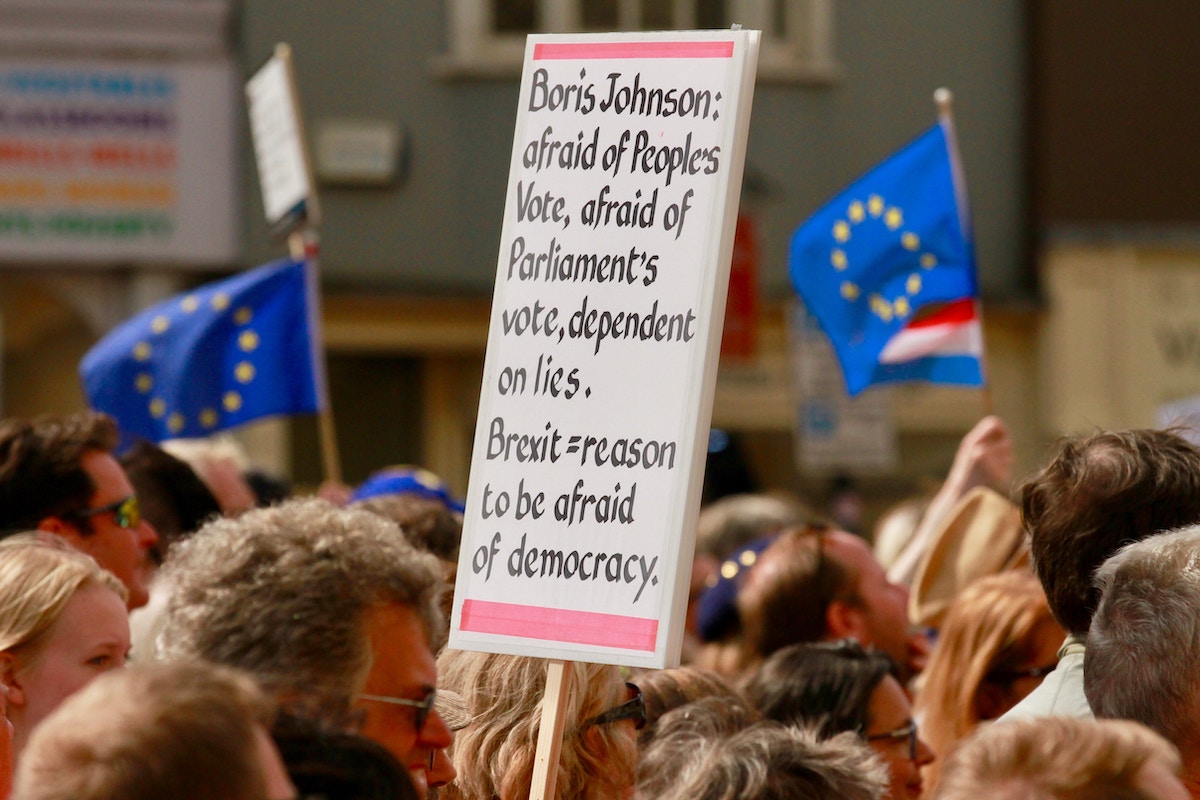 Prorogation of the British parliament: Proper advice or just lies?

High courts in Scotland and in England have this week come to diametrically opposed conclusions regarding the justiciability and legality of UK Prime Minister Boris Johnson’s decision to prorogue the Houses of Parliament for five weeks. In-House Legal takes a closer look at this issue.

Scotland’s highest appeals court dropped a bombshell on Wednesday morning. In Edinburgh, the three justices of the Inner House of the Court of Sessions unanimously found that the British government’s decision to prorogue the legislature, which had come into effect a day earlier, was “unlawful”.

The ruling followed the argument put forward by the plaintiffs that the Johnson government was acting in bad faith when calling for prorogation. At first instance, a request to grant interim orders preventing prorogation had been rejected by a Scottish judge.

The chair of the court, Lord Carloway, held that although advice to the queen on the exercise of the royal prerogative of suspending parliament for five weeks was not normally subject to judicial review it would nevertheless be unlawful if its purpose was to stymie parliamentary scrutiny of the executive, which was a central pillar of the good governance principle enshrined in the constitution.

This followed from the principles of democracy and the rule of law. The circumstances in which the advice was given and the documents produced by the government itself demonstrated that the true reason for the prorogation was to do just that.

Johnson found to have lied to queen

The second judge on the court, Lord Brodie, highlighted the importance of timing. He considered that whereas when the petition was raised the question was unlikely to have been justiciable, the particular prorogation that had occurred had been a tactic to frustrate parliament and could therefore legitimately be established as unlawful.

Suggesting that government ministers had lied about the true reasons for suspending parliament and had misled Queen Elizabeth II when giving her the advice to do so, Brodie said this was “an egregious case of a clear failure to comply with generally accepted standards of behaviour of public authorities.” The principal reasons for the prorogation were to prevent or impede parliament holding the executive to account and legislating with regard to Brexit, and to allow the executive to pursue a policy of a No-Deal Brexit without further parliamentary interference.

Lord Drummond Young, the third judge, said the courts had jurisdiction to decide whether any power, under the royal prerogative or otherwise, has been legally exercised. It was incumbent on the UK government to show a valid reason for the prorogation, having regard to the fundamental constitutional importance of parliamentary scrutiny of executive action. 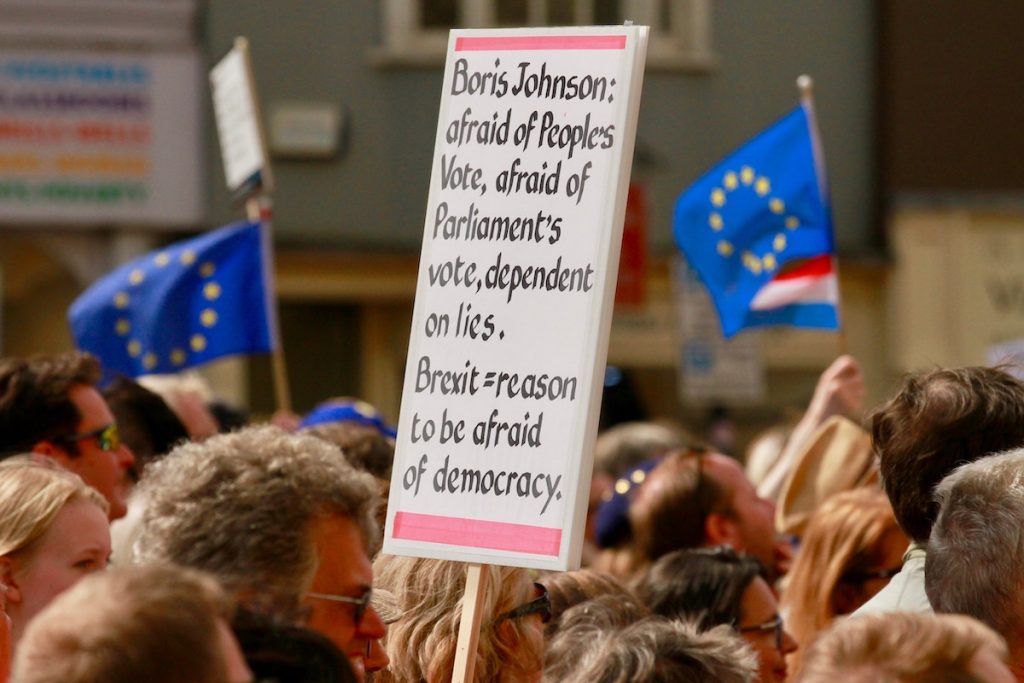 The circumstances, particularly the length of the prorogation, showed that the purpose was to prevent such scrutiny. The documents provided showed no other explanation for this.

Last week, lawyers acting for 75 opposition MPs and members of the House of Lords had argued before the court that Johnson’s decision to suspend the legislature for five weeks had been done in breach of the UK’s unwritten constitution as it had been motivated by a desire to stifle parliamentary action on the issue of Brexit.

However, although the Court of Sessions ruled that the Queen’s suspension of Parliament was “null and of no effect”, it did not issue an order to the government to reconvene parliament. Instead, final judgment was deferred to the UK Supreme Court, which will be seized with the matter from next Tuesday (17 September).

Meanwhile, only a few hours after the ruling was announced in Edinburgh, three of the most senior judges in England and Wales issued a detailed reasoning on why they had come to a very different conclusion on the same issue only a few days earlier. The High Court in London, chaired by the Lord Chief Justice, Lord Burnett of Maldon, had last week dismissed a similar legal challenge brought by businesswoman Gina Miller and supported by former Prime Minister John Major.

“The court concludes on well-established and conventional grounds that the claim is non-justiciable – that is, it is not capable of being determined by the courts. A decision to prorogue parliament is a prerogative power, a discretionary power still in the hands of the Crown. Such a decision is formally made by the sovereign [Queen Elizabeth II.] on the advice of the Privy Council. By constitutional convention, the sovereign invariably acts on the advice of the prime minister,” the justices found.

They highlighted the difficulty for the courts to determine when to intervene, the judges noted. “All of these arguments face the insuperable difficulty that it is impossible for the court to make a legal assessment of whether the duration of the prorogation was excessive by reference to any measure. There is no legal measure of the length of time between parliamentary sessions.”

Lord Pannick QC, the barrister representing Gina Miller, had tried to overcome those problems “by advancing a novel argument resting on parliamentary sovereignty,” wrote the judges.

However, they declined to accept that argument, saying that the “analysis founders for a number of reasons. Alongside the principle of parliamentary sovereignty, the separation of powers, reflecting the different constitutional areas of responsibility of the courts, the executive and parliament is a fundamental principal of our unwritten constitution; the line of separation is set by the courts by reference to whether an issue is one of high policy, or political or both and on the facts, the decision in this case was political.

“The purpose of prorogation is not confined to preparations for the Queen’s Speech but may be used for a number of different reasons, which may, depending on the facts and circumstances, extend to obtaining a political advantage.

“Even if prorogation must be justified as being to enable preparations for the Queen’s Speech, the decision is not something the court can judge by any measurable standard,” the High Court held.

The English judges raised another objection against the claimant’s concept of parliamentary sovereignty, namely “that is has been fashioned to invite the judicial arm of the state to exert hitherto unidentified power over the Executive branch of the state in its dealing with Parliament.” The court made clear its reluctance to enter into “territory into which the courts should be slow to intrude,” they ruled.

Constitutional experts such as David Allen Green say part of the reason why the high courts in England and Scotland had come to different conclusions on the justiciability of the matter had to do with very different constitutional and legal traditions in both nations. While English constitutional law had been contaminated for a century by the parliamentary absolutism of Victorian jurist AV Dicey, Scottish law was free of that, says Green. 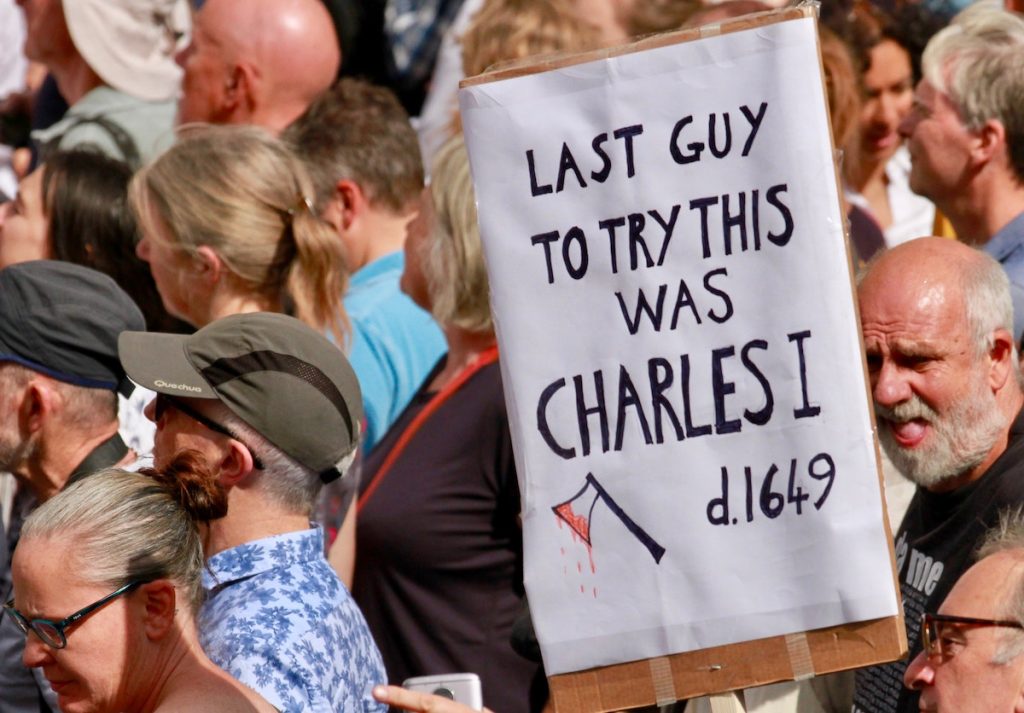 All eyes on Supreme Court

Before the UK Supreme Court will hear the appeal next week, another ruling is expected, this time in Belfast, Northern Ireland. The outcome will no doubt also influence the final verdict of the Supreme Court on the matter.

If the highest court upholds the view of the Scottish court that the case is justiciable and that misleading advice was given to the queen by ministers of the Crown, it would not only lead to an immediate recall of MPs, it could well trigger the resignation of Boris Johnson as prime minister, which opposition MPs and legal experts already demanded.

Dominic Grieve, who served as attorney-general in the Cameron government and is now a rebel MP following his expulsion from the Conservative Party last week, declared: “It is absolutely central to our constitution that the relationship between the prime minister and the Queen is one of the utmost confidence and the utmost good faith.

“So if it were to be the case that the government had misled the queen about the reasons for suspending parliament, and the motivations for it, that would be a very serious matter indeed. Indeed, in my view it would then be the moment for Mr. Johnson to resign and very swiftly.”

If this happens, it that would be a first in British history. Until now, never has a court decision led to the downfall of a government.