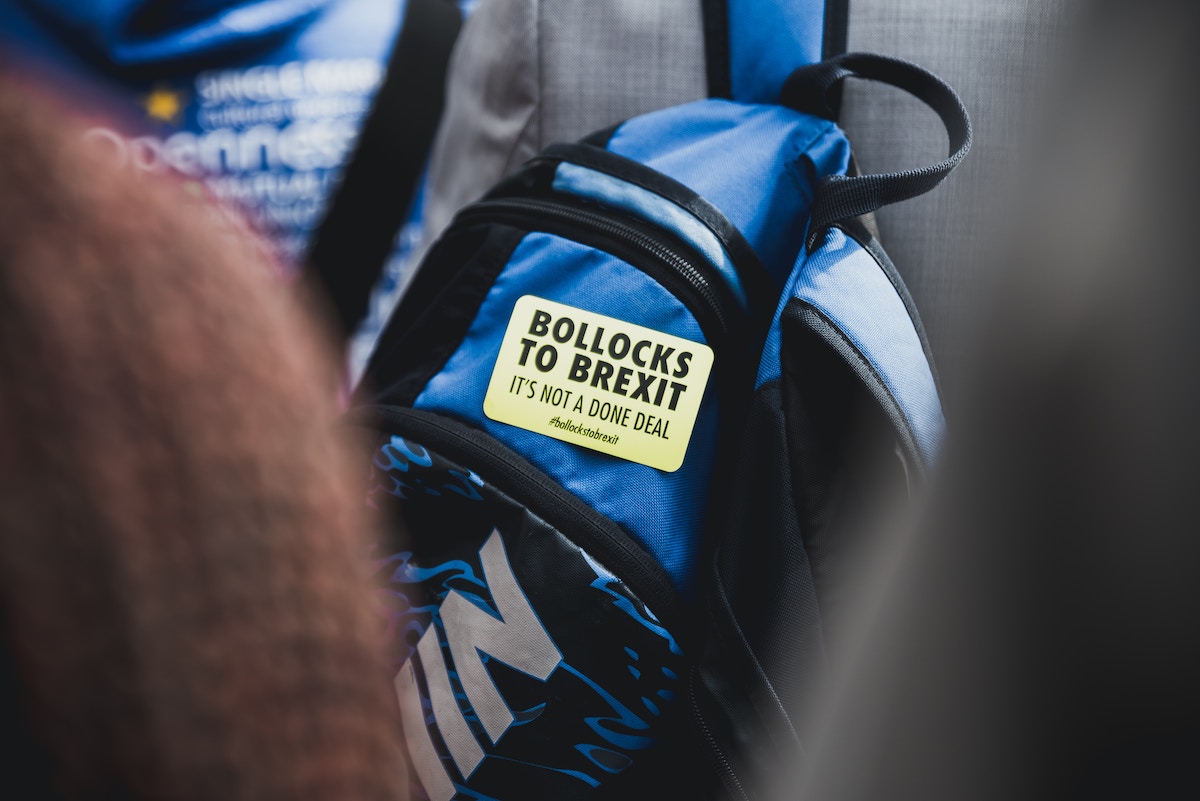 The United Kingdom’s controversial departure from the European Union has not only wreaked havoc on the two-party system in Westminster, with the Brexit Party of Nigel Farage winning the European elections last month. It has also caused business executives and legal counsel many headaches, and more problems lie ahead.

Apanel discussion during the ECLA Annual Conference in Brussels revealed the complexities company lawyers have had to grapple with as they still do not know the terms under which the UK will leave the EU, the date that will happen – or if it will happen at all.

Currently, the UK is scheduled to leave the European Union, of which it has been a member for the past 46 years, by 31 October 2019. However, under Article 50 of the EU Treaty, Brexit could be delayed even further if the British government asks for another extension and if the other 27 EU member states agree. It can also be revoked unilaterally by the United Kingdom, the Court of the European Union has ruled.

The strain some companies are under became apparent last month when British Steel, the UK’s second-largest steel manufacturer, asked the government for a loan of up to £75 million to deal with Brexit-related issues. The company has reportedly seen a slump in orders from European customers, and it has also been struggling with the prolonged weakness of the pound in the wake of the EU referendum in June 2016.

However, for Carl Leeman, Chief Risk Officer at the international logistics company and port operator Katoen Natie, the UK leaving the EU is part of a wider challenge: “We look more at the geopolitical consequences of Brexit than at Brexit itself. We have identified, assessed and handled the risks,” Leeman said. More important than Brexit itself were its potential repercussions on a global level, notably the possibility of other countries following the UK out of the EU: “The main thing with risk management is that you should not have any surprises. It could be that a problem remains, but then you should inform your company about it and tell them that it is still an issue.”

Katoen Natie has three operations in the UK, which are very much linked to the UK operationally. “We concluded that we didn’t have a major issue [with Brexit],” noted Leeman. “We have the capacity to deal with customs issues in-house, but that may not be the case for smaller companies who haven’t completed their homework,” Leeman pointed out, adding: “The crises are also opportunities for us because a lot of companies start outsourcing certain activities, and that’s exactly where we come in.”

Whilst many global companies had done their homework, smaller and medium-sized businesses often had not. The SMEs were the engine of the economy, and many were at the end of their credit lines. “The money has to come in, and you have to continue doing business,” Leeman emphasised. It would take the UK a long time to adjust post-Brexit, and possibly the only good news for the country was that “they might become less dependent on their overgrowing financial sector, which is causing problems.”

Fergus McReynolds, Director of EU Affairs at Make UK, the largest manufacturing advocacy group in the UK which represents more than 20,000 SMEs, also took a very sceptical view of Brexit: “We supported Remain, and ideally we want to retain most of the regulatory infrastructure which we have had over the past 40 years.” In reality, British companies had not “traded with Europe”, but merely sold their goods in the EU’s Single Market. It was therefore tough for businesses to prepare, especially for a possible No-Deal Brexit.

For McReynolds, apart from the unpredictable domestic politics, UK manufacturers were faced with three major challenges: to prepare for disruptions in the movement of goods from one country to another, to adapt to restrictions in workers’ mobility (a particular problem for UK businesses due to a shortage of skilled labour in the engineering sector), and the fact that applicable regulations and certification rules might soon differ in the UK from those in the European Union.

“The EU is and will remain our biggest trading partner, so we will be subject to its rules anyway. And while the UK has universally recognised EU processes and certification rules, EU countries have so not reciprocated,” he said. “My biggest concern is that the complexities of a No-Deal Brexit cannot be understood. Governments may feel prepared to some extent, but actually they can only prepare for things they know about.”

To illustrate his point, McReynolds pointed to customs procedures: Some UK companies had not yet registered with customs authorities. Moreover, it would take only one element to arrive late to cause severe disruptions to just-in-time delivery chains, thus holding up entire production processes. Such a scenario could then take up to two months to sort out.

Even though the UK economy had grown in recent months, that had largely been due to stockpiling, McReynolds said. He said business activity was likely to take a severe hit in the wake of Brexit and also suffer from the global economic slowdown that was foreseeable.

The Make UK EU Director also raised another crucial question: What will the legal framework within which British manufacturers will trade with the EU, especially in the field of copyright law? “A number of UK manufacturers have heard that EU operators will bring identical products to the UK market the minute a No-Deal Brexit takes place,” he said.

There was no clarity on the future of movement of workers to and from the UK either. In case of no deal, this fell within the competence of each state, and while some governments had brought forward legislation to allow British nationals to live and work in their respective countries, that was conditional on reciprocal treatment. McReynolds said he was unsure if the UK would be willing to offer that.

Predictions on Brexit could be summarised as follows: “If X equals Y, assume Z.”

The country’s next prime minister – to be chosen by Conservative Party members this summer – would be faced with the question of whether “to bring economic chaos to the UK in the first months of being elected” by going for a No-Deal Brexit, or ask for another extension of Article 50 in October. “We are entering a perfect storm situation, with zero certainty on Brexit and a global slowdown ahead of us,” he concluded.

Michel Vaugiac, Associate General Counsel and head of Regulatory Affairs Americas & Europe at the US-based remittance group MoneyGram, was slightly more upbeat. “We did it,” he said confidently, referring to his firm’s Brexit preparations.

His financial services company operated under a UK license and passported in the other European Union member states. Vaugiac said that following the 2016 referendum, MoneyGram had decided to apply for a new license in Belgium, “in order to guarantee that we could continue our activities in Europe.

“We didn’t know if we were going to invest in something that might not even be needed in the end. But by end of 2016, we decided we had no choice because the risk was too high for us, and so we submitted an application to the National Bank of Belgium. It took a full year to get that license,” he explained.

Amongst other reasons, Belgium was chosen because it was considered the least likely country to exit the EU in the foreseeable future.

Vaugiac said that his team set up task forces and steering committees focused on Brexit-related questions, involving all company departments. “The lowest impact was for our customers, but essentially, no rules changed for them.” For the firm’s 10,000 handling agents in Europe, however, the situation was different. Contracts had to be reviewed, and this was often used by agents as an opportunity to ask for new terms.

According to Vaugiac, Brexit also had an impact on MoneyGram’s employees. “It was necessary to move them into the new license entity and its branches by the  29 March 2019 deadline, and that involved a lot of processes, including negotiations with works councils in some countries. We also had to agree new conditions with our external payroll service provider, update the software used by our agents and explain all the changes to them. Finally, we had to open new bank accounts, which was not a simple task.”

However, his company did not want to run the risk of having to stop its business in the EU in March 2019 because of a No-Deal Brexit.

The discussion in Brussels made it clear that smaller companies often do not have the lawyers and advisors to address Brexit-related risks. “It is very difficult to look at this issue in a comprehensive way. Many questions are impossible to answer at this stage, and while preparing for No-Deal has to be done, one needs to recognise that there is only a limited amount of preparation you can actually do because the consequences that come down the line are hard to determine,” said Helena Raulus, Head of the Brussels Office of the Law Society of England and Wales.

Companies were faced with the daunting task of checking laws and regulations EU-country by country and had to potentially put a lot of money aside for litigation. “Only a limited number of businesses can engage in this, and some who cannot afford it might even go bankrupt,” she predicted.

There were no free-trade agreements in place in a no-deal scenario, and the UK might be blocked out of agreements for a considerable length of time. The legal service industry in the UK also faced possible disruption. “Legal services need a good regulatory environment so that the services can actually be provided,” said Raulus.