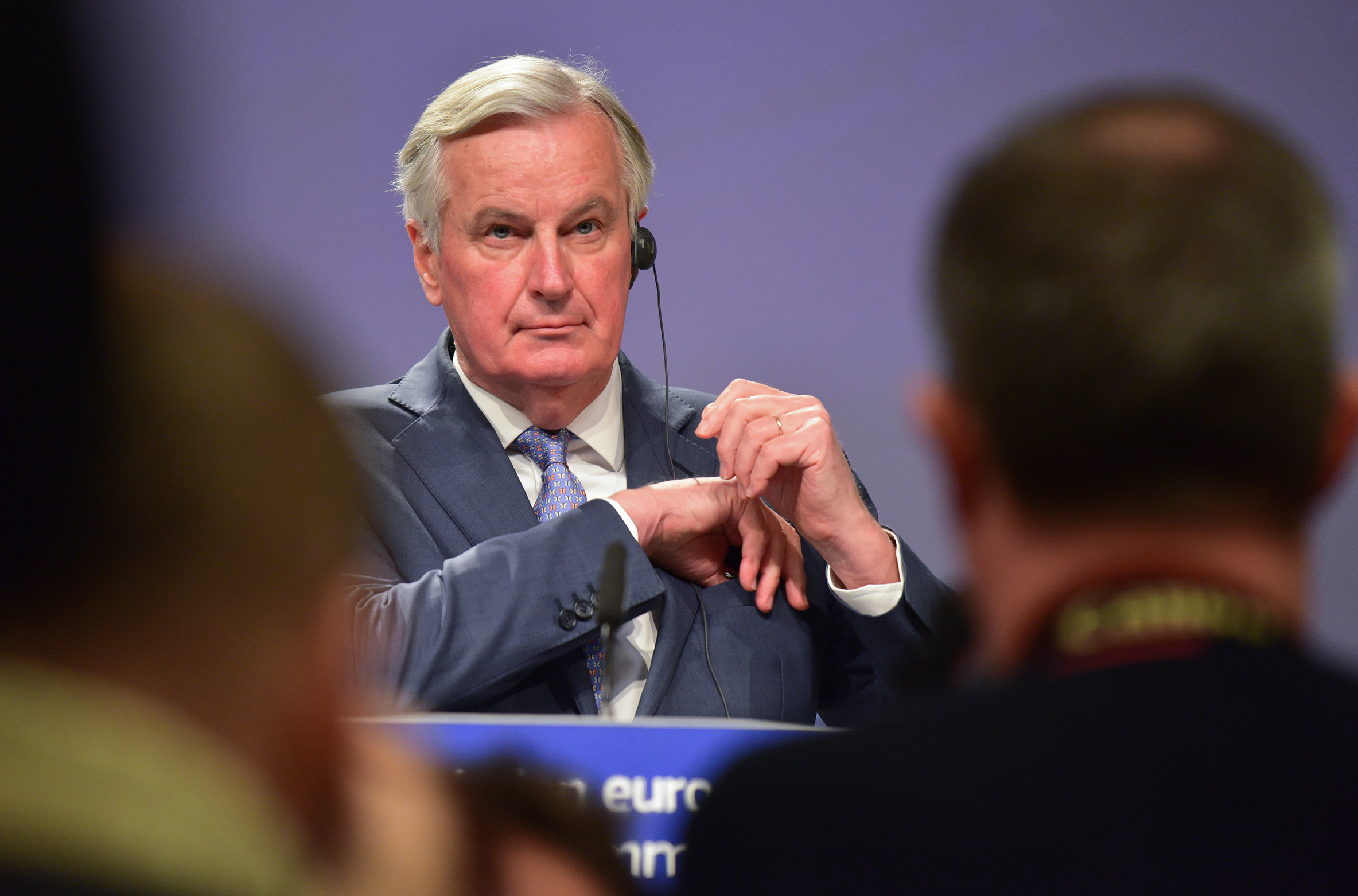 The European Union’s chief Brexit negotiator, Michel Barnier, has presented his negotiating mandate for the upcoming talks with London.

“Je ne fais pas du cinema », said Michel Barnier, the EU’s chief Brexit negotiator at the beginning of his press conference in Brussels on Monday after the phone of a journalist in the room had rung to the tune of a well-known tune from a cineastic blockbuster.

The no-nonsense former French foreign minister turned EU official presented his negotiating mandate for the upcoming talks with United Kingdom on the future relationship, post-Brexit. The 33-page document, which has been approved by the European Commission, will form the basis for talks with the government of Boris Johnson, which will start in early March 2020. It is based on the existing European Council guidelines and conclusions, as well as on the Political Declaration agreed between Brussels and London in October 2019.

Barnier stressed that the European Union wants the closest possible relationship with the UK, with “zero tariffs, zero quotas” imposed on traded goods, mutual access to public procurement markets as well as close cooperation in matters of security and foreign affairs. He said that “We will negotiate in good faith. Our task will be to defend and advance the interests of our citizens and of our Union, while trying to find solutions that respect the UK’s choices.”

Brexit meant that the UK would leave 650 international agreements and instruments. “We must rebuild all that,” said Barnier.

The EU chief negotiator insisted that future UK access to the EU’s Single Market was contingent on having a “level playing field”, with Britain respecting EU rules and regulations, including with respect to state aid, rules of origin and competition.

There are several sticking points in the talks. Barnier said that for the EU, reaching an agreement on fisheries, in particular one that ensures “reciprocal access” by fishermen to EU and British fishing waters, would be an “inextricable” component of any deal.

The UK has already made it clear that leaving the Common Fisheries Policy of the EU, which assigns annual quotas to each country of the quantity they can fish, and regaining full sovereignty over its fishing waters was critical. Under the Political Declaration adopted by the two sides in 2019, reaching agreement on fisheries is to be prioritised in the talks.

Another point that could hamper the talks is the role of the European Court of Justice in adjudicating any future disputes between the EU and the UK. Barnier said the court was the only legitimate authority to interpret EU law would have to “fully play its role” in the future relationship.

The negotiating directives emphasise the desire by Brussels to uphold the “rules-based international order, defending individual rights and the rule of law, high standards of protection of workers’ and consumers’ rights and of the environment, the fight against climate change, and free and fair trade.”

The EU says it wants “to work together [with the UK]to safeguard these general principles and to cooperate against internal and external threats to their values and interests, to ensure a balance of rights and obligations and a level playing field.”

The document goes on to state that “This balance must ensure the autonomy of the Union’s decision-making and legal order, ensure the protection of the Union’s financial interests and be consistent with the other Union principles set out in the relevant European Council guidelines, in particular with respect to the integrity of the Single Market and the Customs Union and the indivisibility of the four freedoms.”

‘We are not naïve’

Asked about recent remarks by British government ministers on this issue which suggested that no such controls would be necessary, Barnier was very clear: “I cannot imagine that the UK and the EU do not apply what has been agreed.” There was a need for mutual trust, he said.

However, access to the EU market of 450 million consumers would not be granted under any circumstances. A favourable free-trade agreement was contingent on accepting EU social and environmental standards, as well as on the proper and full implementation of the EU Withdrawal Agreement in order to build up “confidence and credibility” for the upcoming talks.

“We are not naïve,” Barnier warned. He added: “We don’t want that divergence [from EU rules and standards]to become an instrument for unfair competition, whereby there would be disadvantages for EU industry.

“I can’t get embroiled in the details of the mechanism – that will all be discussed in the negotiation – but we’re going to be paying very close attention, and be very demanding, when it comes to the quality and the credibility of this level playing field mechanism.”